Why More People Are Investing in Pakistani Real Estate Than Ever Before? - The Ritz Herald

Al-Ghurair Giga Group of Dubai has announced that it will be investing multi-million dollars in Pakistan’s real estate market; this will be a significantly large investment from an international company in Pakistan. Al-Ghurair Giga Group is a world-renowned real estate builder, having delivered several projects in Dubai. The group is starting mega projects in Pakistan with its new high-rise project Goldcrest Views which aims to introduce Dubai’s lifestyle into Islamabad.

Similarly, the Ora developers, a multinational company with real estate projects in North America and Europe, is investing in Pakistani real estate with its flagship project Eighteen Islamabad. A new luxurious living project for the capital city of Pakistan, this high-end development offers apartments and villas to those looking to make a statement where they live or invest their money. The company has proven success around the world, and now they have their eyes on Pakistan.

But why are people suddenly so interested? A lot of outsiders have become interested because of the opportunities that Pakistani real estate presents. Many factors are working.

The most important factor is Pakistan plays a vital role in the Chinese trillion-dollar project One Belt One Road (OBOR).  China has initiated China Pakistan Economic Corridor (CPEC) framework as part of OBOR in Pakistan due to its strategically important location. As a result, we see many different industries converge in Pakistan. These include the real estate and construction sectors, transportation and logistics sectors, energy and power generation sectors, and agriculture. China has reportedly invested more than $87 billion in the Pakistani economy, and this figure is expected to rise rapidly as time goes on.

Pakistan is massively developing power plants, motorways, oil drilling facilities, etc. All these projects are boosting the economic growth of the country. China is also developing Gwadar, a Pakistani deepwater seaport, in the Balochistan province of Pakistan. The port will allow China to shorten its large trade route by avoiding Malacca Strait. Several mega real estate projects have been initiated in Balochistan province, including the state-run DHA Quetta. It will be a top-tier, state-of-the-art integrated city project, likely to bring in billions of dollars worth of investment from local and foreign investors. 10 years down the line, Gwadar is expected to become one of the top 5 port cities of the world. As a result, real estate investors around the world consider this area as one of the prime investment destinations.

Another major factor attracting investments in the real estate and construction sectors is new flexible policies by the Pakistani government. The government giving major subsidies on housing finance. Housing mortgage is picking up pace in the country, with a mega increase of 75% in the fiscal year 2021. While the entire world is going through difficult times due to the pandemic, the Pakistani economy grows exponentially. The government has made the construction sector restrictions-free when the rest of the world is closing its industries. At the same time, the country is curbing the spread of the pandemic through smart lockdowns, which is being appreciated worldwide.

The government’s policies are the cherry on top of several brilliant natural causes. With the world’s 5th largest population, Pakistan is a prime candidate for economic growth. Its location between two of Asia’s biggest economies and an extraordinary youth bulge shows that it has some serious potential.

These are just to name a few factors among many! So we know that Pakistan will succeed one way or another, but the question remains – are you going to invest? Stay tuned for more updates from our blog about how you can get into the game if you haven’t already started your journey towards financial freedom by investing overseas. 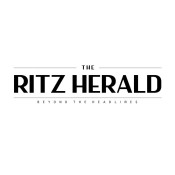