Why India’s forex reserves saw a spike, and what to expect in the near future - Moneycontrol.com 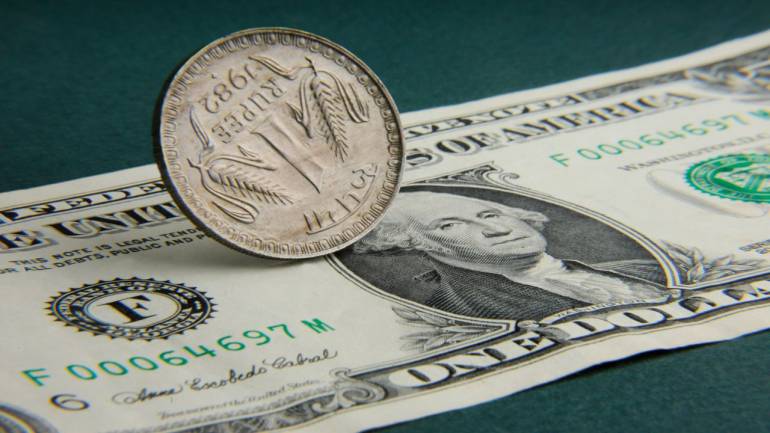 Ahead of the latest policy meeting of the United States Federal Reserve on July 28, Indian equity markets corrected for three consecutive sessions fearing negative developments around tapering of the US quantitative easing (QE) programme. However, despite inflation in the US touching a 13-year high at 5.4 percent, the meeting concluded without any exceptionally hawkish comments from the Fed.

Consequently, Nifty 50 proceeded to rally and scale one lifetime high after another. Considering what happened in the 2013 taper tantrum (heavy foreign outflows leading to rupee depreciation, costly imports, and shrunk margins for most corporates), such a reaction of the stock market was not irrational.

Here we will discuss the multi-faceted impact of foreign inflows on the Indian economy. We shall extend the logic to build expectations around what the future may hold as we approach the next QE tapering.

In the wake of the pandemic, countries around the world pulled out all the stops of monetary and fiscal support to help boost flailing economies. As a result, economies were flush with liquidity, some of which made it to emerging markets in search of higher yields.

India was one of the recipient economies, which helped shore up its foreign exchange reserves by a whopping 33 percent from the pre-pandemic levels (~$450 billion) to the current levels of $600+ billion. If we were to look closely at this spike in India’s forex reserves, we would find that most of the accumulation happened between April 2020 and November 2020. Any country’s foreign exchange reserves are built-up (or eroded) as a result of net foreign direct investments (FDI), foreign portfolio investments (FPI), exports, and remittances. Drilling down into the reasons behind the surge in India’s forex reserves, we looked at each of these factors during this ‘spike period’ (April to November 2020) in comparison with the longer-term trend.

Except remittances, all factors contributed towards the build-up in forex reserves by witnessing significantly above-average figures during the spike period (highlighted by the blue-shaded box). 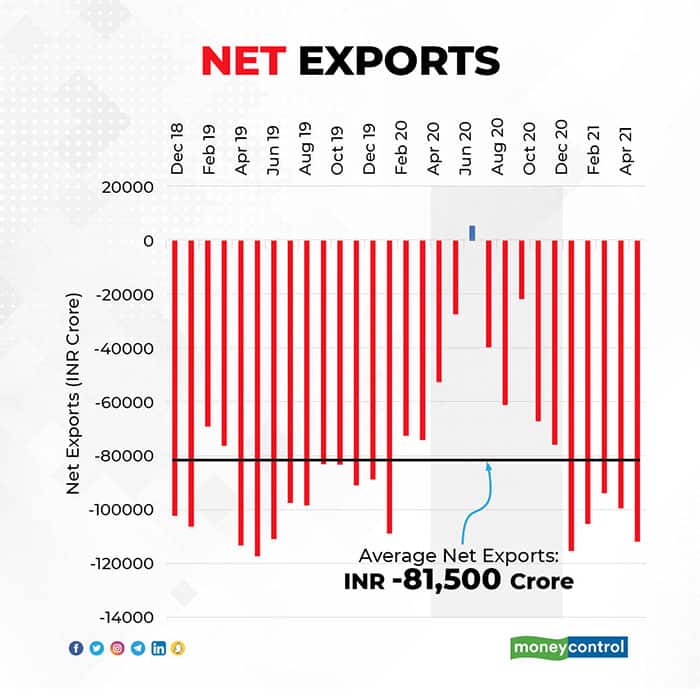 The FPIs thronged in at record-high levels during FY21. Specifically, in equities, FY21 saw $37 billion FPI inflows, nearly $20 billion of which came in the October to December quarter. These FPI inflows can be attributed to rising yield spreads between the United States and India, as the US yields dropped to record-lows.

At the end of 2019, the spread between the US and Indian 10-year bond yields was 4.66 percent which jumped up sharply to 5.74 percent by April 2020. This explains why mere talks of the US yields picking up is enough to have the Indian markets in jitters.

If the Indian economy is not able to sustain the green shoots of recovery seen lately, yields in India will not be able to catch up as the US Fed starts pulling back on its bond purchase programme. In such a scenario, spreads will narrow down and the FPIs will start pulling out. This is why the uptick in high-frequency growth indicators for India in July along with the US Fed’s continued dovish stance was met with such enthusiasm by the Indian stock markets. Coming to FDI, there were a couple of sharp spikes during the period which saw the build-up in forex reserves. These spikes are partly explained by deals of foreign investors with Reliance Industries Limited. However, there is another arguably more ‘sticky’ reason behind the spikes — government-introduced reforms along FDI policy, investment facilitation, and ease of doing business. If similar pro-business reforms keep coming in, FDI flows would also sustain, and possibly pick up further.

Net exports also saw an above-average movement during the months between April 2020 and November 2020 as India’s trade balance turned positive for the first time in decades. While this helped further grow the forex reserves, it was more a cause for concern than a reason to celebrate. As the COVID-19 first wave touched India and a nationwide lockdown was implemented towards the end of March 2020, demand nosedived. As a result, both, exports and imports fell; just that imports fell more.

As the economy moves further along the path of recovery, demand will pick up, and so will India’s import bill. Of course, the impact on trade deficit would be cushioned if gold prices continue to cool off, and crude prices are reigned in further as a consequence of the recent OPEC+ pact.

All in all, the Indian economy is in a seemingly better state now than how it was during the 2013 taper tantrum — forex reserves are at double the 2013 level, and Current Account Deficit for FY22-23 is forecasted at ~1.5 percent of GDP compared to 4.8 percent of GDP in 2013. But, a few more pieces need to fall in place so as to ensure that India is well-prepared for the impending QE tapering.

The uptick in business activity needs to sustain, and demand needs to catch up as the vaccination drive picks up. At the same time, the government should continue to support the economy through more business-friendly reforms. This will help the economy recover, thus allowing the Reserve Bank of India to raise rates when the time comes and, thereby, maintain spreads with US yields.

Meanwhile, the continuing foreign inflows would ensure that India’s forex reserves stay beefed up to be able to support the rupee if the need arises.

Views are personal and do not represent the stand of the publication.