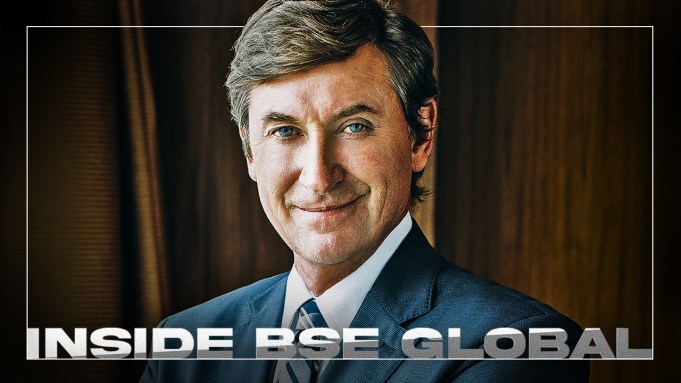 Ever since I was little I have loved all sports, two of which are pretty well-documented—the game of hockey and the game of baseball. I played a lot of both growing up in Canada and probably dreamed of being the shortstop for the New York Yankees as often as I imagined battling the New York Islanders in the Stanley Cup Finals. But there was another sport that I loved and enjoyed playing: lacrosse, and box-lacrosse in particular.

So when my longtime agent at WME Sports, Ira Stahlberger, called me a few years ago and told me he had met some incredible people who were doing some incredible things in the sport of lacrosse, I was all ears. The people were Joe Tsai, Ollie Weisberg, Richard Tao, Steve Govett and the team at J Tsai Sports; and Nick Sakiewicz and Jessica Berman at the National Lacrosse League. This was a team of smart, dedicated and, most of all, genuine people who had a passion for the game—something that is paramount to me. They had a deep desire to win, but also a desire to always win with class and dignity.

I remember our very first Zoom call in the early days of the pandemic. Joe was in Hong Kong, and it must have been 3 a.m. his time. I was so impressed with his vision for the NLL, for lacrosse in Las Vegas—and the fact that he was wide awake! I knew from that very first video conference that I wanted to be in business with Joe and his team, if he wanted to be in business with me and my team.

And when I found out Steve Nash was coming on board it only added to my enthusiasm. I remember that day quite well, too. Janet and I happened to be in Florida, visiting our daughter Paulina and our grandsons (future lacrosse players, I’m sure), when I heard Steve was in. Then Dustin and I started talking—he immediately loved the idea and told me how much he was a fan of the game, too. Dustin was in, if Joe would agree, and of course Joe didn’t waste a minute saying yes.

From there things moved pretty quickly, and before I knew it we were in Las Vegas this past June throwing a lacrosse ball around with Joe backstage—he’s a very good stick—and announcing Team 15 in 2023. Because of the pandemic, Joe and I never met in person until our Launch Day in Las Vegas; it’s amazing when you think of it. We have brought on a terrific leader in Mark Fine from BSE Global, and he will no doubt build a world-class team around him.

I’m excited to be in the business of this amazing sport, but I’m equally excited to be in business with Joe. I have always prided myself on working with people I would like to have dinner with, but also sit next to in a locker room or a board room—and Joe is 100% that type of person.

I can’t wait to get started!

Gretzky, who retired as a player in 1999, has been an active entrepreneur and investor, with holdings in sports franchises, sporting goods, restaurants and a winery and distillery. He joins Turner Sports this fall as the network’s lead NHL analyst.

Inside BSE Global: A Sportico Series