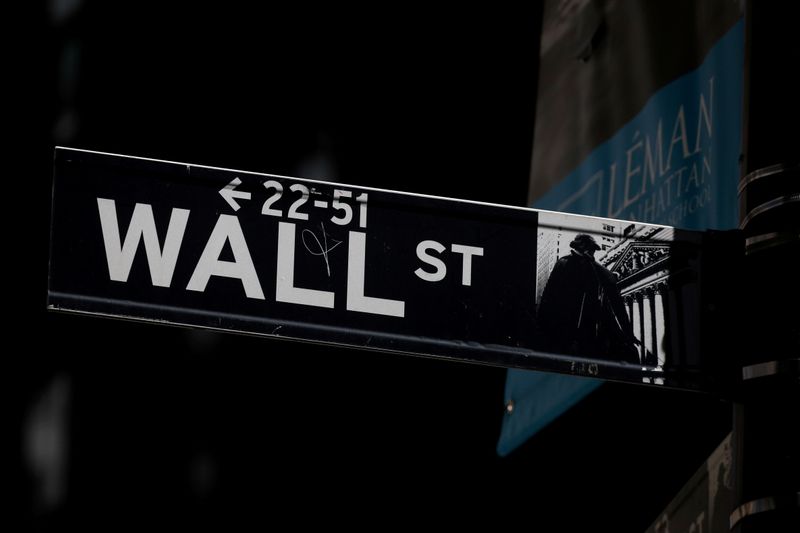 NEW YORK (Reuters) - U.S. value stocks may be getting a second wind, as bets on economic strength bolster Treasury yields and lift cyclically-sensitive shares that have stagnated in recent months after a powerful rally earlier this year.

The value stock index, which is relatively heavily weighted in shares of financials, energy firms and other economically sensitive companies, is up 5.5% from last month's lows, outperforming its tech-heavy counterpart by more than a percentage point in a rally that accelerated over the past week. The value index is up 18% this year, despite stalling after a strong start to 2021.

The move may herald a nascent comeback for the so-called reflation trade, a bet on rebounding economic growth that saw value stocks surge starting late last year alongside Treasury yields. Yields have climbed this time around as well, with the yield on the benchmark 10-year U.S. Treasury, which moves inversely to prices, up about 20 basis points since last week, to 1.36%, before pulling back on Friday.

“I do think value is somewhat of a coiled spring,” said Matt Peron, director of research at Janus Henderson Investors, who believes value could outperform for at least the next six months. “I do think it has another run left in it.”

Investors pointed to several reasons for value's rosier outlook. While the rise in coronavirus cases spurred by the Delta variant, remains a wildcard, signs that infections may be slowing in Europe and parts of the United States could mean that the lockdowns required last year will not be needed for the foreseeable future, Peron said.

At the same time, some investors believe growth will remain strong in the U.S. even after peaking in the second quarter. U.S. gross domestic product is expected to rise 6.1% in 2021, and 4.8% in 2022, according to Oxford Economics, stronger than what annual growth has been for the past decade.

"We haven’t seen growth rates this high in some time and that’s why we think ... value can keep outperforming, even once the rate of growth peaks," said Sameer Samana, senior global market strategist at Wells Fargo (NYSE:) Investment Institute.

Among those calling for more gains in value stocks are technical strategists at JPMorgan (NYSE:), who in the past week said the SP 500 value index "looks poised for a breakout." Truist Advisory Services on Wednesday said it expects more upside for value over the next 12 months given the still strong economic outlook and weak earnings trends for tech compared to the broader market.

Since the 10-year yield made a recent bottom last week, the SP 500 value index has climbed 2.4% against a 0.5% rise for its growth counterpart.

The value stock bounce comes as investors digest data from the past week showing a potential peak in inflation, while looking ahead to the Federal Reserve's Jackson Hole symposium at the end of the month. That event, or the central bank's next policy meeting in September, could offer signals on when it will begin unwinding the $120 billion a month government bond buying program that has helped support asset prices.

Next week, the monthly U.S. retail sales report and earnings from retailers such as Walmart (NYSE:) and Target (NYSE:) could shed more light on the health of the consumer.

Investors are also keeping a close eye on Treasury yields, with rising yields often viewed as a sign of economic optimism that could also boost value stocks. Higher yields also particularly benefit profit margins of banks, which tend to make up large portions of value indexes.

Plenty of stumbling blocks remain for the value trade. Signs that the coronavirus is threatening the economic outlook could send investors back toward large technology and growth shares that performed well for much of 2020. Data on Friday showing that consumer confidence fell to its lowest level in a decade weighed on yields.

Treasury yields have also experienced several sharp swings this year, wrongfooting investors. Yields on the 10-year fell to about 1.13% as recently as Aug. 4 -- some 65 basis points below the year's highs.

Many investors may also be reluctant to overly reduce positions in growth stocks, which dominated for much of the decade following the 2007-2009 financial crisis while value shares languished.

“It is this epic battle, back and forth between these two parts of the market," said Matthew Miskin, co-chief investment strategist at John Hancock Investment Management.

(Reuters) - The administration of U.S. President Joe Biden is developing a plan to start offering coronavirus booster shots to some Americans as early as this fall, the New York...