W hen Kaden Beckstead was 16, he wanted to start a stock trading account. His dad told him he wasn’t old enough—while parents can open custodial accounts for those under 18, individuals must be at least 18 to open a brokerage account.

“I thought he meant ‘not old enough,’ like, ‘I don’t give you permission to do it.’ So I went and did it behind his back, thinking I was going to figure out how to do this amazing thing and realized I actually couldn’t,” Beckstead says.

Beckstead graduated high school and initially pursued an accounting and finance degree. When he began working as an intern for a wealth management company in the Salt Lake City area, his wheels began to spin.

Together with Justin Hendrickson, Beckstead went on to found StockMotion—an investing app that aims to teach people about the stock market through a game-based curriculum that uses fake money but actual market data and stock prices.

The app starts with introductions, learning about each user’s personality and risk tolerance before teaching about investing basics, strategies, investment vehicles, and economics. Hendrickson compares their app to Duolingo—the popular, colorful, language-learning app that breaks down learning a new language into short daily lessons.

“They really took something difficult—learning a language—and made it gamified and simple for everyday users,” he says. “We’re trying to do something similar where we’re taking this topic that’s so complicated and trying to make it as simple, and easy, and gamified as possible.” 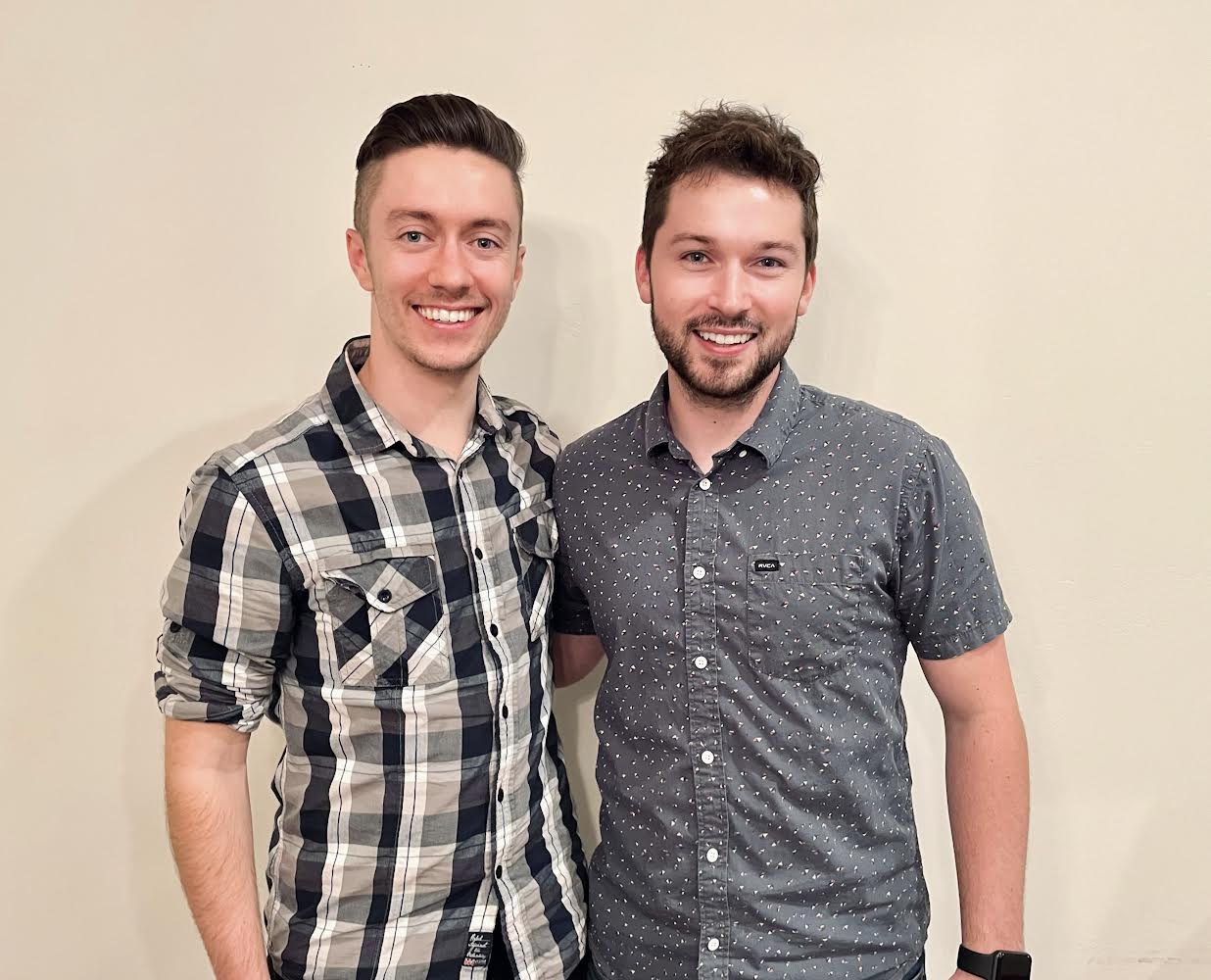 More and more people have been investing their money since the start of the Covid pandemic. According to Bank of America, more money flowed into equity funds in the five months leading up to April 2021 than in the previous 12 years combined.

Beckstead and Hendrickson both had sound financial upbringings, they say, with their parents teaching them the lessons they needed to be successful. The duo hopes StockMotion can mentor people who didn’t grow up learning about finance.

One common phrase about investing is opportunity cost—or the loss of potential gain—by sitting on the sidelines and not getting started investing right away. Hendrickson says they encourage people to get started as soon as they have funds available, using the lessons they’ve learned in the app.

“The take that we kind of push in StockMotion is ‘master the basics,’” Beckstead says. “Understand the foundations, and then once you understand things like your time horizon, risk tolerance, why are you investing … making specific investment decisions is a lot more precise.”

Though there’s tons of information about investing online, Beckstead says, not all resources are trustworthy.

“We are in an age of information with no regard for whether it’s correct or incorrect,” Beckstead says. “There’s just information everywhere with all these get-rich-quick schemes that sound really good, and for somebody who doesn’t have a super solid underpinning, they’re getting swept into all these crazy ideas. For some of them, it works—great for them. Other people end up losing money, time, or both. We just want to help people start out on the right foot. If you start out on the right foot at 18 years old, you’re going to be in a really, really good position by the time you retire. That’s our mission.”

The app launched in early 2021, and it’s still in an early growth stage. From mid-October to mid-November, total StockMotion users grew 61 percent. Of app users, 15 percent use the app daily, and 34 percent use it weekly, the founders say.

Both founders work full-time as software engineers—Beckstead at Adobe and Hendrickson at Qualtrics—and hope there’s still a lot of growth for StockMotion ahead. All the money put into the app was acquired from winning competitions, such as the 2020 Brigham Young University App Competition. The duo does have additional plans about where they can go from here, including educational partnerships and business-to-business offerings.

“First and foremost, we’re mission-driven,” Beckstead says. “Justin and I both believe that if we’re doing something that is truly useful to people and actually provides a good benefit for them, then the ways for us to make money off of it are easy, and we have some really exciting things in the pipeline.”

Beckstead says he and Hendrickson are still fine-tuning the product but believes they’re headed in the right direction. “This won’t be the last time you’re hearing of us,” he says. “It’s probably the first time, but we have some really cool things that we’re building out, and we’re excited to share them.” 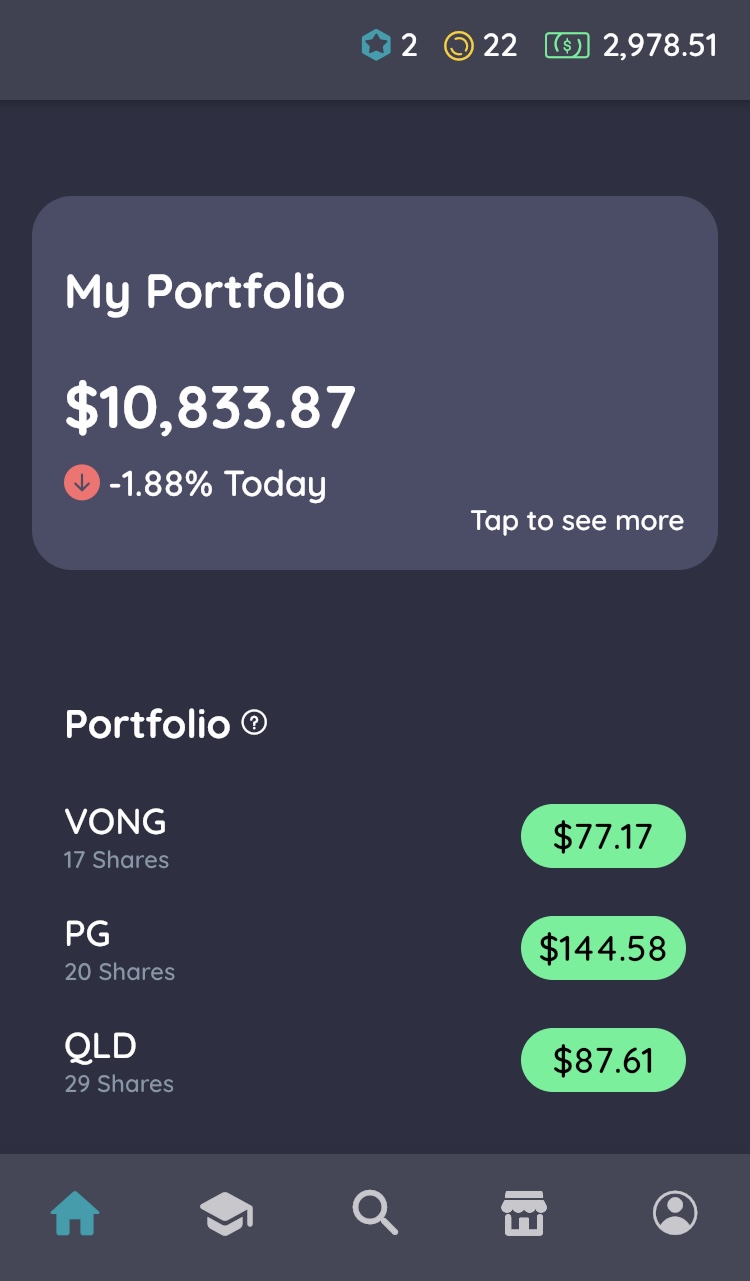