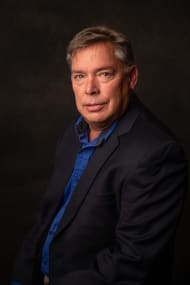 Hargrave, who is also a member of the hospital’s senior leadership team, said they’re working to get an interim CFO in place.

Benson has been at Bartlett since late 2018.

He is the third member of Bartlett’s leadership to leave in less than a year. Former CEO Chuck Bill retired in February 2021 . He was replaced by Rose Lawhorne. Six months later, she was fired for having a relationship with a subordinate employee.

Neither Grigg nor the city gave a reason for his sudden departure. KTOO has requested access to Grigg’s expense reports. The city has refused to turn them over, saying that they’re part of an active criminal investigation.

Bartlett is Juneau’s only hospital and is the largest in Southeast Alaska.

I help the newsroom establish daily news priorities and do hands-on editing to ensure a steady stream of breaking and enterprise news for a local and regional audience.

Get notifications about news related to the topics you care about. You can unsubscribe anytime.

Update the categories you’d like to receive notifications about.