Robinhood has figured out how to monetize financial nihilism - The Verge 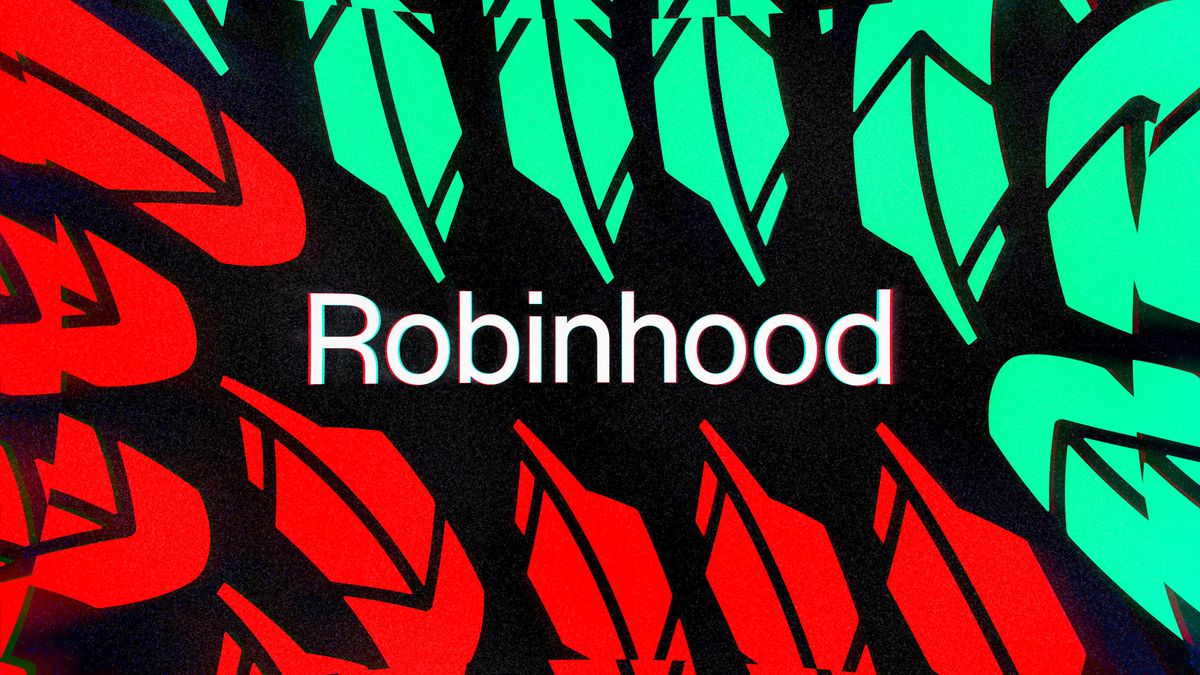 Illustration by Alex Castro / The Verge

And the financial system only has itself to thank

It’s It’s sometimes hard to identify era-defining moments when they happen; usually you can only really see them after the wave rolls back. Helpfully, Robinhood has given us a high place to stand so we can see a little farther — though I don’t think that’s the point of its S-1, which is a document filed in order to make an IPO.

Robinhood, you may recall, has been controversial. Just before the S-1 landed, we discovered a $70 million fine from FINRA, a finance industry corporation that regulates its members; Robinhood was fined for — among other things — failing to protect its customers. This is the largest fine it’s ever handed out. (Seems weird to me that $53 million is for FINRA and only $17 million is for the investors who FINRA says were harmed, but whatever, finance industry gonna finance industry.) Anyway this is the consequences of those whoopsie outages in March 2020 around major trading days. Robinhood has also had oopsies around Dogecoin in April, so I guess we’ll find out if anyone cares about that sometime next year.

Robinhood’s messiness is part of the fun. There’s like, six pages of lawsuit disclosures in the S-1, including 50 class-actions stemming from January alone, some beef with the Securities and Exchange Commission, allegations from Massachusetts that Robinhood’s broken some laws, New York just asking questions about money laundering, and so on. Oh, and the Northern California US Attorney’s Office has CEO Vlad Tenev’s cell phone. (The actual phone, not just his number.) On the positive side, Robinhood has settled a civil suit brought by the family of Alex Kearns, a 20-year-old novice trader who killed himself wrongly believing he’d lost more than $700,000.

Messiness aside, the financials suggest that Robinhood had a good Q1! There were 18 million “net cumulative funded accounts” on Robinhood by the end of the first quarter, according to the document. That’s 44 percent growth over the end of 2020, when there were 12.5 million such accounts. If you can cast your mind back to last January, there was that GameStonk thing, where a bunch of retail traders piled into GameStop and sent the shares, in their parlance, to the moon. Robinhood caught some flack — and, apparently, a pile of lawsuits — for restricting trading during that period, but it looks like the entire episode was a net positive, even if it did piss some users off! Laissez le bon temps rouler, bébé.

But let’s talk about payment for order flow, which, whew, 81 percent of first-quarter revenue! (Man, I’d personally put some eggs in another basket.) That tells you who Robinhood’s clients are: Citadel Securities et al, the people who pay for its service. So what, exactly, are they buying?

Look, the Robinhood app has lovely design, but the app isn’t the product. Trades from Robinhood users are Robinhood’s real product. The main insight Robinhood had was that in a mobile-first world, they could outflank other brokerages by reaching retail customers. They were right about that! But it means we have to be clear about what the real value in the financial system looks like: data, and fees.

Robinhood loves to brag that it is giving access to people who have never traded before. To my eye, however, it seems like Robinhood is advertising that most of its users are fish. It’s not impossible for a novice to enter the markets, understand them, and make money... but, man, it’s weird out here. Like, a stablecoin issuer is trying to SPAC for a cool $4.5 billion without saying exactly what’s backing the stablecoin. If you did not understand that sentence, that’s because it’s fucking nonsense. I wish all the first-time investors the absolute best of luck in the markets; they will need it.

The setup means that Robinhood makes its money when users trade. The more frequent the trading, the more money Robinhood makes. This is part of what makes the mobile-first design on Robinhood noteworthy — it’s a trading app for a group of users who are accustomed to reacting to our smartphone notifications.

But it is also important to understand that Robinhood’s retail customers are n00bs. (They phrase it more politely, like this: “We take pride in the fact that we are expanding the market by welcoming new investors into the financial system.”) They’re also pretty young — about 70 percent of the assets under Robinhood’s custody come from people aged 18 to 40. Robinhood continues “to welcome an increasing proportion of women to our platform,” a hilariously indirect phrase. What do we think, ladies? Is Robinhood 70 percent men? 90 percent men? 95 percent? I wouldn’t have to contemptuously speculate if that number were in the document, you know.

The default settings on the Robinhood app turn on notifications for price movements; the user can choose whether the threshold is 5 percent or 10 percent. (There are also notifications for 52-week highs and lows.) It’s possible those notifications encourage users to make trades that aren’t in their interests; impulse selling, for instance. Of course, users can turn them off, but companies get to choose the default. The default for Robinhood isn’t to encourage buy-and-hold by requiring users to manually check in on their investments, allowing them to forget about them most of the time; instead, Robinhood wants to send notifications for movement, which might inspire trades.

Now, study after study shows that day traders mostly lose money. And research that focuses on Robinhood specifically shows that their traders are mostly noise. During “herding events,” when Robinhood users all crowd into a stock together, “intense buying by Robinhood users forecast negative returns,” researchers found.

The users also seem to be crowding into weird assets. Robinhood was a part of the GameStonk mass meme, and also made almost $30 million on Dogecoin in the first quarter, a frankly astounding amount of money to make on a shitcoin. It is especially astonishing, as Bloomberg’s Matt Levine points out, that Robinhood made that much money in the quarter before Dogecoin peaked. “Robinhood is the brokerage for fun gambling on meme stocks and meme cryptocurrencies,” Levine writes. And that is great for Robinhood’s customers, including Citadel Securities!

Okay, but what are the users getting out of it? Levine thinks fun gambling, and that might be right, given the age bracket. Take the meme stocks — in June, The New York Times wrote of them that “when stock prices are divorced from fundamentals, it cements the public perception that markets can be manipulated — by a small group of insiders or a large group of determined traders — and therefore can’t be trusted.” This is exactly backwards. That ship sailed a decade ago for everyone with student loan debt who couldn’t get a job because of the 2008 financial crisis, a result of Wall Street’s wild betting on the housing market. Oh, and the adults who were supposed to protect us by evaluating risk? Why, they were telling each other that those deals’ models didn’t adequately capture the real risks. But it didn’t matter — the deals could even be “structured by cows and we would rate them.”

Are there any people under the age of 40 who have ever thought markets were something besides a casino? Meme trades aren’t the cause of widespread distrust, they’re the symptoms of it. And those people under 40 who think finance is for gambling? They’re the lucrative part of Robinhood’s user base. Legal issues aside, it seems like Robinhood has a good business model for monetizing financial nihilism — which is the kind of thing investors might get excited about. Whether that’s good for Robinhood’s users or the financial system at large isn’t a question the S-1 is designed to answer.

You know who Robinhood might be good for, though? Tenev and his co-founder, Baiju Bhatt, who stand to get stock awards worth an estimated $1.4 billion as executive compensation if Robinhood’s shares trade high enough.

Correction July 13, 1:40PM ET: A previous version of this story said that Citadel was one of Robinhood’s clients. Citadel is a hedge fund and Citadel Securities — Robinhood’s actual client — is a market maker. We regret the error.