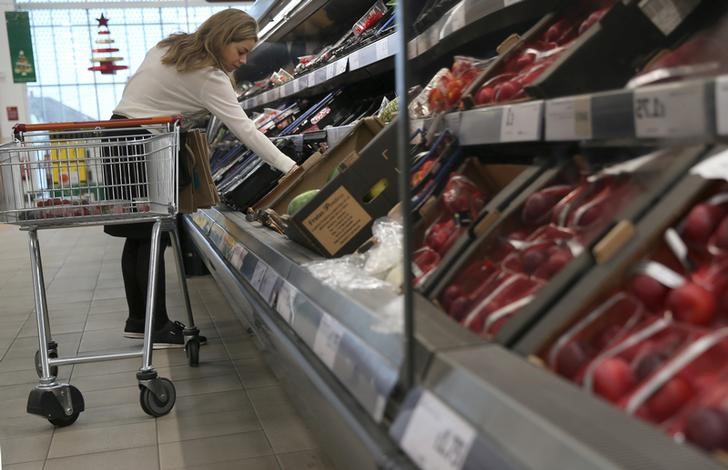 By Investing.com -- U.S. retail sales and industrial production data for July are due, while Walmart (NYSE:) and Home Depot (NYSE:) earnings may provide some more granular details on the activities of the U.S. consumer. China's competition authorities take another swipe at Internet platform companies, sending Alibaba (NYSE:), Tencent and JD (NASDAQ:).com stock all sharply lower. U.S. stocks are set to retreat from Monday's record highs at the open, and a single case of Covid-19 puts New Zealand into lockdown and wrecks economists' forecasts for Wednesday's central bank meeting. Here's what you need to know in financial markets on Tuesday, 17th August.

1. Retail sales will be anyone's guess

data for July may or may not show whether the U.S. consumer has grown more cautious in response to the latest surge in Covid-19 cases.

The data are due at 8:30 AM ET (1230) but will pose a number of challenges as regards their interpretation, given that past data have showed that pandemic-driven changes in spending patterns have been much stronger than, and completely uncorrelated to, the usual process of seasonal adjustment. Details from individual sectors may therefore be more important than the headline figure. and earnings, due before the market open, may also be a more reliable gauge of U.S. consumer activity.

Also due are data for July at 9:15 AM ET and the National Association of Home Builders housing market index, which has been trending gently down since November.

Chinese stock markets sold off heavily again after the country’s regulators designed to stop unfair competition on the Internet.

The State Administration for Market Regulation’s new draft appears aimed at stopping the likes of Alibaba, Tencent and JD.com from establishing self-contained ecosystems that make interaction with other ecosystems difficult. That would outlaw the kind of vertical integration that has been central to the investment case of the big Chinese Internet platforms.

Under the new rules, groups would be unable to use customer data to learn how people behave and divert them away from competing products and services. Fake reviews would also be banned, as would the practice of not running hyperlinks to competing sites.

Elsewhere, media reported that China had taken a token 1% and a board seat at the main Chinese entity of TikTok owner .

U.S. stocks are set to open lower later, after a now-familiar surge to record highs in late trading the previous day.

Walmart and Home Depot earnings will dominate the early headlines, while vaccine makers will also be in focus after reports suggesting that the Biden administration is against Covid-19.

The fell over 1% after Prime Minister Jacinda Ardern declared a national lockdown after finding a , the first that had spread within the community in over six months.

The move represents a determination to stick to the “Zero Covid” strategy that the country has had since the start of the pandemic, at a time when more and more governments are working on strategies to cope with the disease becoming a part of normal life.

The news was enough to change analysts’ predictions for Wednesday’s . The Reserve Bank of New Zealand was expected to raise interest rates for the first time since 2014, by 50 basis points. Analysts now expect either no change to rates or just a 25 basis point hike.

Crude oil prices struggled again overnight, amid ongoing fears for the strength of Chinese demand, despite data showing a fourth straight month of draws on national inventories. Confirmation of a slight pickup in U.S. shale output is also weighing on prices.

The will release its weekly estimate of U.S. crude stockpiles at 4:30 PM as usual. Analysts expect a modest draw of just over 1.2 million barrels.