Albert, a Los Angeles fintech that offers its 6 million users a budgeting-saving-investing app and personal advice from its on-staff "geniuses," has launched a checking account.

Albert Cash, unveiled Tuesday, has no minimum balance requirements and no maintenance fees. Customers can get paid a couple of days early and send and receive checks. The deposits are held at Sutton Bank in Attica, Ohio.

The fintech already offers a savings account through the $1.2 billion-asset Sutton, a unit of Sutton Bancshares. The checking account will make tasks like saving and budgeting more seamless for such users, Albert CEO Yinon Ravid says. Transfers of funds between accounts will be instant and free, he said. 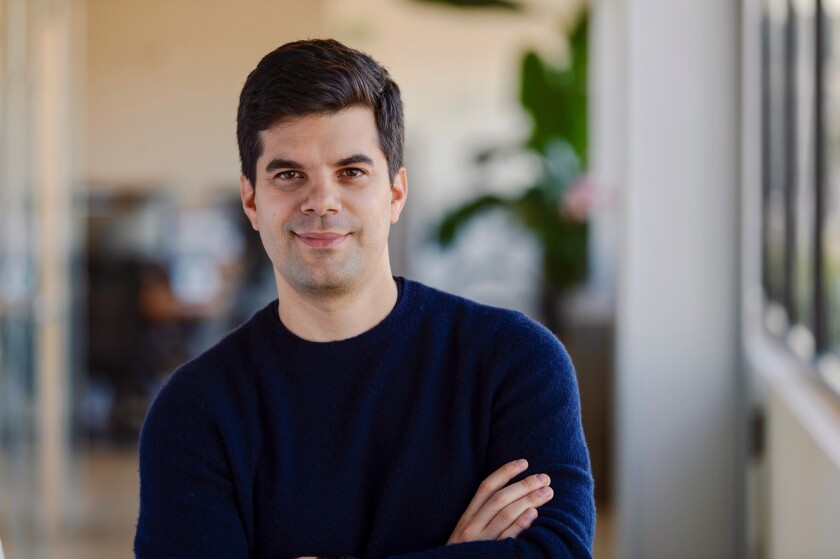 "In order to truly be that primary personal banking relationship, it's a pretty natural progression for us to build a bank account as well," says Yinon Ravid, the CEO of Albert, which already offered a savings account and personal financial management services.

Albert is joining the rebundling trend started by fintechs like Digit, Dave, Chime, Wealthfront and Moneylion. They start with one problem-solver, automated savings in Digit’s case, and add on more and more features until they look more like a traditional bank — except they're digital-only.

“What we're trying to build long-term is the ability to be the primary financial relationship for our customers,” Ravid said. “When people think about any financial decision — Should I buy or lease a car? Should I pay down debt? Should I save? Should I invest? — we want our customers to come to us. We've been building this for five years. In order to truly be that primary personal banking relationship, it's a pretty natural progression for us to build a bank account as well.”

The thing that makes Albert stand out from some others is its team of what it calls “geniuses,” or financial experts that guide customers through such decisions. The company has certified financial planners, debt consultants and other experts who answer questions and help people build financial plans. Ravid declined to say how many geniuses Albert employs. He did say the team handles 20,000 text messages a day, seven days a week. Later this year, Albert plans to have its geniuses communicate with customers over phone and video.

“Albert has cracked the code on human service with the Genius platform,” said Tom Brown, a partner at the New York venture capital firm Nyca Partners. “If you have a question or issue, Albert connects you with a human.”

Albert’s automated savings is similar to Digit’s: It connects to a bank account, analyzes an individual’s income, bills and spending, and pulls money out of the account and into savings when people can afford it.

“The reality is that if you don't have the money in your checking account, you probably won't spend it,” Ravid said. “And there's always a little bit of extra fat in the checking account that you don't really need to spend, but the human condition makes it tough not to spend that money if it’s in front of you. So we try to just hide it for the customer and that sort of separation helps people save.”

Albert handles investing automatically the way a robo advisor like Wealthfront or Betterment would, by asking a few questions about the user’s goals and risk tolerance and putting investable money into a basket of exchange-traded funds.

“What we're building is the personal banking experience that a high-net-worth client has for a mass American consumer,” Ravid said. “The way you do that is with the advice of humans and with software that does as much of the work as possible for the customer.”

Alongside savings, budgeting and investing tools, Albert also helps customers avoid overdrafts by advancing up to $250 from the customer’s next paycheck; this feature is also offered by other challenger banks like Chime and Varo. Albert offers 10% to 20% cash-back rewards at major merchants like Whole Foods and McDonald’s.

Albert makes its money through subscriptions. Most customers subscribe to Genius, which gives them access to the human advisors. Customers are asked to pay a monthly fee that they think is fair with a minimum of $4.

Ravid declined to say what the average payment is, but he said it’s not $4.

“People pay what they can afford, what they value the service,” he said. “Maybe somebody thinks they're going to use it less or they can't afford $7 a month. The customer gets to pick.”