Norman Eisen, a former ambassador and "ethics czar" for President Barack Obama and impeachment counsel to House Judiciary Committee Democrats in 2019-20, is a senior fellow in governance studies at the Brookings Institution. Claire Finkelstein is the Algernon Biddle Professor of Law and Professor of Philosophy and the Faculty Director of the Center for Ethics and the Rule of Law at the University of Pennsylvania. Richard Painter, who was the chief ethics lawyer in the George W. Bush Administration, is now the S. Walter Richey Professor of Corporate Law at the University of Minnesota. The views expressed in this commentary are their own. View more opinion on CNN.

(CNN)This week, Tom Barrack, who was the chair of Donald J. Trump's 2017 inaugural committee, was charged with multiple crimes, including conspiracy to act as an unregistered agent of a foreign government.

The prosecution is a welcome first step to rein in both foreign lobbying generally and the corruption seemingly surrounding the former president specifically, but much more is needed on both counts. 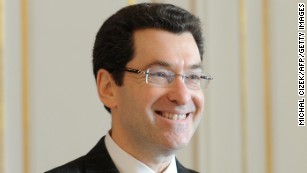 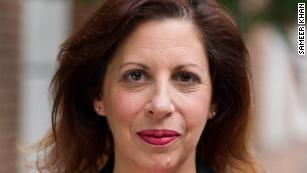 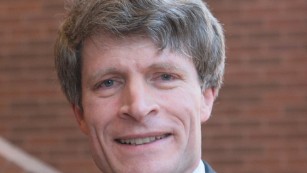 Barrack allegedly tried to influence Trump's 2016 campaign and the subsequent administration at the behest of the United Arab Emirates. He added language praising the UAE in a campaign speech, for example, and later promoted a candidate favored by UAE officials for the role of US ambassador, according to the Department of Justice.

Count One of the indictment charges him, along with others, with "knowingly and intentionally act[ing] in the United States as agents of a foreign government," without having notified the attorney general as the law requires. Because Barrack allegedly lied about it when confronted by the government, he has also been charged with obstruction of justice and multiple counts of making false statements to the FBI. Though he has not yet entered a plea, his spokesperson says he plans to plead not guilty.

In the eight decades since the Foreign Agents Registration Act (FARA) was passed in 1938 to protect Americans against foreign agents' undisclosed lobbying and efforts to manipulate public opinion, prosecutions for FARA and FARA-related offenses have been scant. The Trump years saw some increased enforcement activity but FARA-related convictions remain rare.

Notable FARA-related cases during this period included Trump fundraiser Elliott Broidy, who pleaded guilty to conspiracy to violate FARA on the basis of contact with a Malaysian financier. The firm of Skadden Arps settled with the Justice Department and agreed to register as an agent of Ukraine. Trump's former campaign chair Paul Manafort, ended up pleading guilty to conspiracy to commit multiple FARA related offenses, among other crimes. Trump eventually pardoned him of those offenses. And Manafort's one-time office mate, W. Samuel Patten, pleaded guilty for violating FARA, once again based on Ukraine related activity in the US. 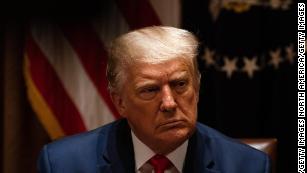 But, all too often, FARA-related charges are used merely to induce suspects to cooperate with law enforcement. That was the case, for example, with Trump's first national security adviser, Michael Flynn, who was threatened with FARA violations for his alleged lobbying activities on behalf of Turkey during the 2016 campaign. In 2017, he pleaded guilty to lying to investigators, and no FARA charges were brought. And the small number of high-profile convictions in recent years barely scratches the surface of the vast expanse of lobbying on behalf of foreign governments that permeates national politics.

The consequence of that is the impunity shown by the alleged pattern of collaboration in the Barrack case between senior UAE officials and Americans, including Barrack himself. According to the Department of Justice, Barrack wrote a pro-UAE op-ed in 2016, for which he sought direction from senior UAE officials prior to publication, and post-Inauguration contacts show extensive strategizing with UAE higher ups relating to Trump administration Middle East policy impacting the UAE.

We still do not know what else the UAE may have done to extend its influence over the Trump White House. The importance of the Barrack case also lies in the questions it may answer about that. We may find out, particularly if Barrack decides to cooperate with the government and offer what he knows, if anything, in exchange for leniency.

The alleged behavior on Barrack's part seems so brazen that it is hard to believe that anyone working in proximity to a presidential campaign and administration would risk it. We must consider, however, that Justice Department enforcement of FARA-related matters has been sporadic for years, and, despite enhanced enforcement activity, the risk of being prosecuted for FARA violations remains low even today. 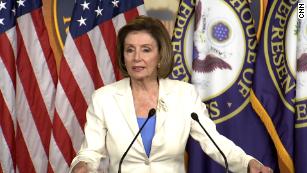 Enhanced FARA-related enforcement would increase the incentive for foreign agents to register, and the prosecutions of the Trump years and of Barrack are a good start. But FARA also needs to be made more effective. The democracy reform bill, also known as the For the People Act, would bring some of the needed change to FARA enforcement. And while it passed the House as HR1, it has been blocked at the moment in the Senate as S1.

Among other things, the bill would create a special enforcement unit within the Justice Department with the power to take appropriate legal action, establish civil fines to allow recourse in cases that do not rise to the level of prosecution, and otherwise extend FARA.

In their zeal to block the voting rights portion of S1, moreover, GOP senators have also obstructed a Republican-led effort, that garnered bipartisan support, to strengthen the Justice Department's primary tool against foreign interference, namely Chuck Grassley's Foreign Agents Disclosure and Registration Enhancement Act of 2019, parts of which were incorporated into HR1 and S1.

Foreign lobbying has had dark implications for US foreign policy in the past. Where the Middle East is concerned, the US relationship with the UAE and their patrons, the Saudis, likely contributed to the Trump administration vetoing a measure to end American involvement in the Yemen war, responding tepidly to the murder of journalist Jamal Khashoggi and engaging in billions of dollars of weapons sales to the Saudis and the UAE -- a practice that is of questionable benefit to US national security interests in the long run.

It is dismaying to consider the risk that foreign corruption may shape US government policy. This is exactly what Congress feared in enacting FARA in 1938 when some prominent Americans, including Charles Lindbergh and Henry Ford, sympathized with Nazi Germany, and Germany used its influence on Wall Street to help raise capital for rebuilding its war machine. Congress believed that we should at least know who inside the United States was working for Adolf Hitler -- or for Joseph Stalin in the Soviet Union -- and who was working for our democratic allies.

The Barrack case proves that much greater transparency is needed with regard to foreign lobbying activities. There is no benign foreign interference when it comes to US democracy, and secret foreign interference and political lobbying by foreign governments using US intermediaries must be stopped.