Oil companies are wooing skeptical investors with cash. Will it work? - CNN

A version of this story first appeared in CNN Business' Before the Bell newsletter. Not a subscriber? You can sign up right here .

What's happening: BP ( BP ), which announced results that beat expectations on Tuesday, upped its dividend by 4% to 5.46 cents per share and said it would buy back $1.4 billion in shares over the next quarter. Its stock jumped more than 5% in London in early trading.

In the past week, competitors Chevron ( CVX ) and Total ( TOT ) also announced share buyback plans, while Shell ( RDSA ) boosted its dividend and said it would repurchase $2 billion in stock by the end of the year.

These sweeteners are made possible by the sharp recovery in commodity prices, Biraj Borkhataria, co-head of European energy research at RBC Capital Markets, told me.

See here: Brent crude futures, the global oil price benchmark, were last trading above $73 per barrel. On Tuesday, BP raised its forecast for Brent prices to 2030, allowing it to boost the value of its assets by $3 billion after slashing them dramatically last year.

"Oil prices [are] up 12% quarter-over-quarter and earnings for the sector are up 27%, so that's just coming through," Borkhataria said.

Whether that will be enough to sell skeptical investors is another matter.

BP is touting the steps it's taken to make its business greener in accordance with the turnaround strategy announced by CEO Bernard Looney after he stepped into the company's top job last year.

The oil giant has grown its portfolio of solar power and offshore wind holdings while undergoing a major restructuring, triggering thousands of job cuts.

"What you're seeing around the dividend is really a story of confidence," Looney said in a Bloomberg TV interview on Tuesday. "Confidence in the underlying performance of the business [and] confidence in the balance sheet."

But Borkhataria said that while plans are on track, it's far too soon to say whether they'll work. Even if BP can execute its strategy, it's not clear that oil and gas expertise will transfer to the increasingly crowded world of renewables — and whether the company can stay ahead of toughening government regulations.

"It's very early days to make conclusions on whether BP is going to be successful or not in its transition," he said.

Investor insight: BP's shares are up 20% this year, compared to a 10% rise for the FTSE 100. But they're still well below where they were heading into March 2020, indicating lingering concerns about its business even as the global economic recovery drives an oil price rebound.

Tencent cracks down on screen time after criticism

Tencent has announced new limits on the amount of time minors can spend playing the company's online games as investors worry that China may extend its historic crackdown on the private sector to the gaming industry. 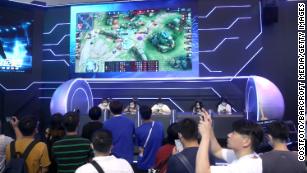 "It turns out 'spiritual opium' has grown into a multi-billion dollar industry," the article read. "Insiders warn: watch out for the harm of online games."

The post, which has now been removed without any explanation, mentioned Tencent's popular video game "Honor of Kings," and said that "industry insiders should be vigilant of the harmful effects of online games, and that appropriate regulations should be adopted early on."

Market fallout: Tencent's shares fell over 10% in Hong Kong on Tuesday, but recovered some of the losses to finish the day down 6%.

Tencent said in a statement that its will now limit minors' ability to play "Honor of Kings" to an hour on non-holidays and two hours on holidays. It also called for an industry-wide discussion on "the feasibility of banning primary school students under the age of 12 from playing games."

Remember: The attack in state media comes just a week after Chinese tech stocks suffered a massive sell-off that wiped out hundreds of billions of dollars in market value. Tencent alone lost over $100 billion in value in a matter of 48 hours as investors worried about China's widening pressure campaign on the private sector.

Investors are jittery — but for good reason.

Why remote work is a big problem for the economy

Americans are trickling back to their pre-pandemic workplaces, but most offices are still largely empty. That's affecting local economies in a major way.

Love it or hate it, commuting is good for economic growth, my CNN Business colleague Anneken Tappe writes. You pay train conductors' salaries with your subway fare. The dry cleaner by the office and the coffee shop around the corner all count on workers who have been largely absent for nearly a year and a half.

In 2020, the number of people working from home nearly doubled, to 42% of America's workforce, according to the US Bureau of Labor Statistics. And although many workers may prefer that setup, staying remote is likely to delay the recovery of office-adjacent businesses.

Economists at Goldman Sachs estimate that office attendance in large US cities is only about one-third of pre-pandemic levels. That's a lot of people not spending cash on transit or lattes. In New York — one of cities hit hardest at the start of the outbreak — subway ridership is still not even half of what it was pre-pandemic.

Concerns about the Delta variant in the United States could make matters worse, with some companies like Google pushing back official return dates. What that will mean for commuter cities like New York? It's a live question.