Australia's finance sector is tapping into the Islamic market, with one of the country's biggest lenders today launching a Sharia-compliant loan and smaller institutions vying to become the first bank for the nation's Muslim population.

With roughly 600,000 people identifying as Muslim in Australia, industry reports place the potential size of this market in Australia at $250 billion.

NAB believes it's been growing at a rate of about 15 per cent since the 1990s.

Melbourne couple Melike Yildirim and Ibrahim Atik are some of the Australian consumers who have been swapping over to the Islamic finance sector in recent years.

The couple's interpretation of their Islamic faith means they want to try to avoid paying or receiving interest.

"It's not just you can't eat the bacon, you can't drink the alcohol," Ibrahim says.

But that's been hard to achieve in Australia's mainstream banking system.

Interest is everywhere – it's tied to home loans, deposit accounts, credit cards, and is meticulously manipulated by our own central bank.

Like many Australians, Melike got her first bank account through Commonwealth Bank's Dollarmites program as a child and she still banks with the institution.

She deals with the interest dilemma by donating all of what she accrues to charity.

Her husband, meanwhile, simply withdraws his pay from his bank account as soon as he receives it.

Before the couple met, Melike had also previously taken out a traditional home loan with Commonwealth Bank.

"I've always wanted to go down the path of not using interest but I couldn't find a bank I was happy with," Melike says.

But after the couple married in 2018, they started using an Islamic financing company to buy property. They've now flipped three houses, all using the same financier.

How is Islamic finance different to conventional Australian banking?

The head of local Islamic finance company Amanah Finance explains that the core philosophy goes further than avoiding interest. It is also about trade-based relationships.

"The customer is at risk and the bank is at risk, and in order to achieve that it's not a debt relationship, it's more like a partnership relationship," Asad Ansari says.

Asad was an adviser to the Australian government's review of the taxation impact of Islamic finance in 2011. He's seen the sector grow but also battle to fit around Australia's banking framework.

One area the sector is tapping into – with some logistical wrangling – is consumer home loans, like those taken out by Melike and Ibrahim.

Interest-based home loans that dominate our market generally allow people to loan money from a bank, buy a house with that cash, and then pay the money back over a fixed term to the financier with interest.

The bank has legal claims to the home, and can repossess and force you to sell it if you default on your loan. The bank or financing company makes its profit through the interest and fees.

One of the more prevalent models used in Australia is called Ijarah Muntahia Bittamleek. This is where the Islamic financier buys the house for the client and then rents it to them over a fixed term, generally decades.

Over time, the client pays off the house through rental payments, which include a profit to the financier and reflect market interest rates. Eventually, the asset is wholly paid off by the client and they own the house outright.

This structure is what some may already know as "rent to buy".

The complication in the Australian context is that laws aren't set up for this style of lending, so technically the home is owned by the household from the beginning, but with a legal agreement that the Islamic lender is entitled to it.

This attracts double stamp duty too, and was one area looked at by the taxation review that Asad participated in.

"We made a whole series of suggestions for the government to apply that got lost," he says. 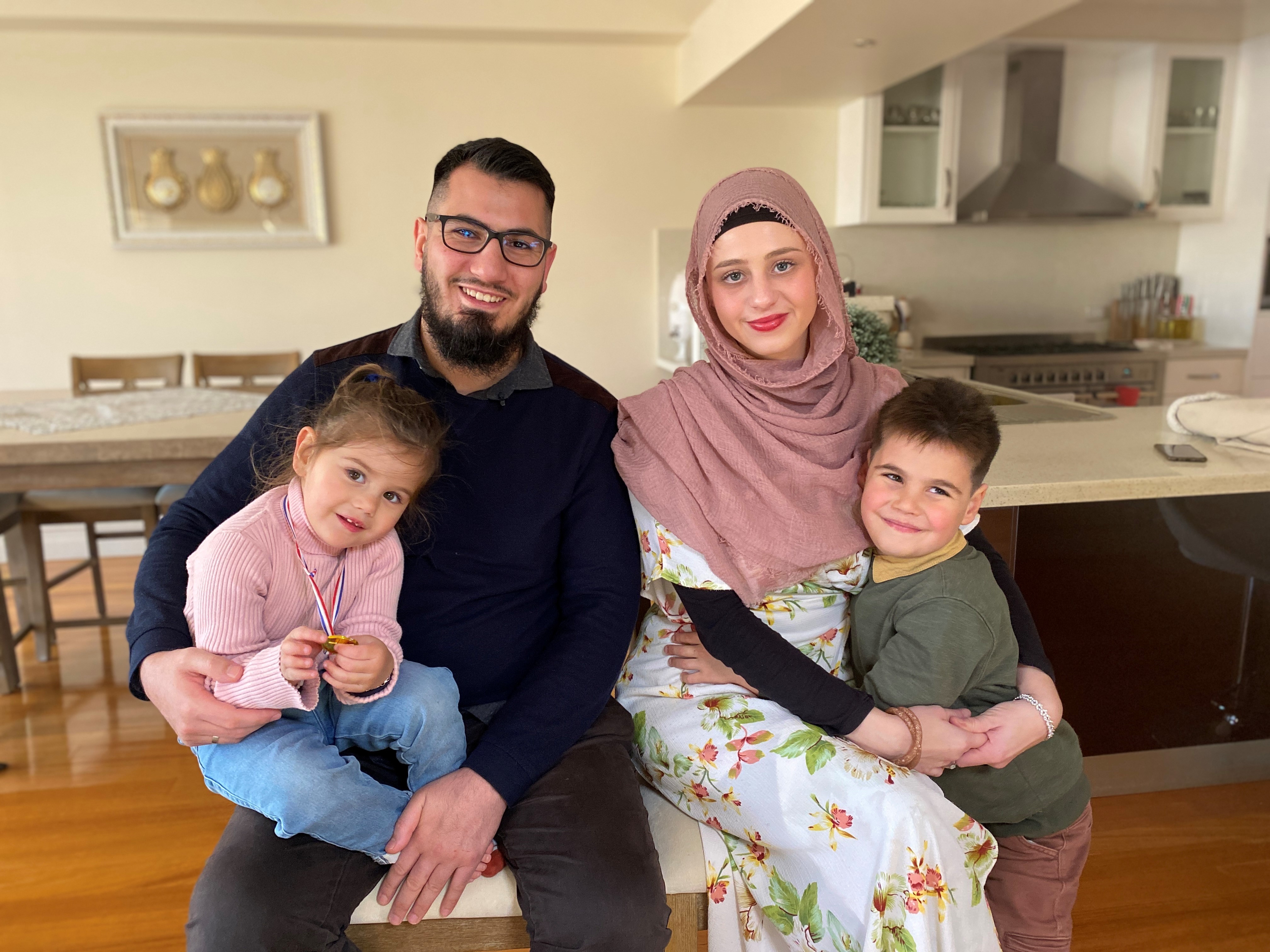 Zehra and Halis Erciyas have swapped their superannuation over from a traditional fund to an Islamic financing company.(

As well as non-interest-based loans, Islamic finance companies are also tapping into superannuation.

Melbourne couple Zehra and Halis Erciyas withdrew their superannuation from a major fund a few years ago and put it into one managed by a small Islamic finance company.

The selling point to them is it avoids investing in what they say are unholy companies, such as those dealing in alcohol or gambling.

"It just comes down to the choice of the individual," Zehra says.

"A lot of people that we know that are Muslims have gone with conventional [banking] ways."

The couple also intentionally avoids mainstream interest-based loans. When they wanted to buy a new car, they saved up and bought it outright.

"One of the reasons why we do not have a house loan is because we've didn't feel that the conventional banking method of getting a house was in line with our values," Zehra says.

"So we've just been saving and holding off."

The rise of Islamic finance has been a positive for Melbourne butcher Houssam Dannaoui. 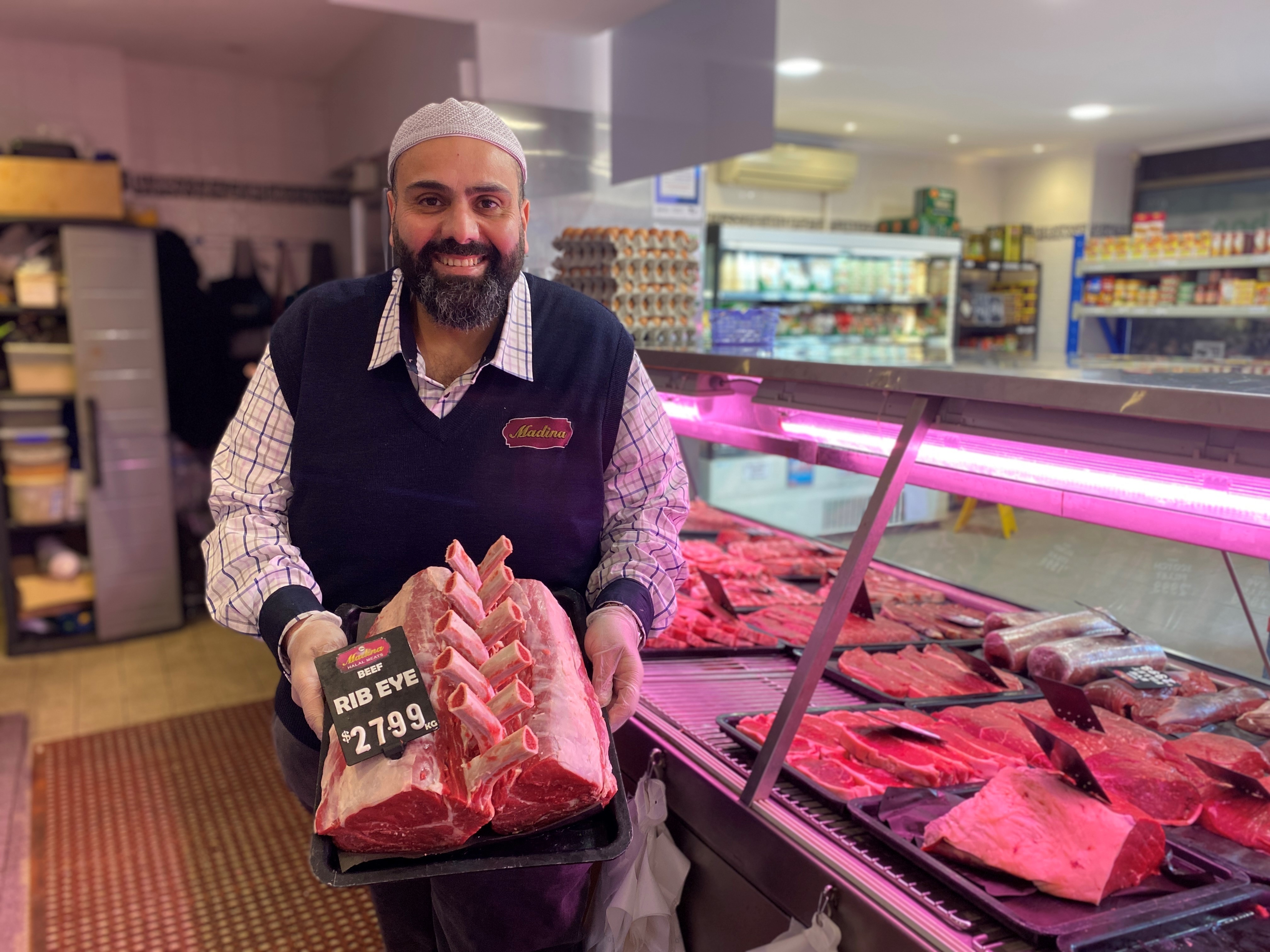 Houssam Dannaoui is a Halal butcher shop owner in Melbourne.(

After migrating here from Lebanon three decades ago, Houssam made his mark selling a Halal meat pie to Melbourne.

Yet, despite making an Australian gastronomic icon, over the years the small business owner has felt excluded from the country's financial system and investment opportunities.

He wanted to participate in the last property boom but he couldn't find any Islamic financing organisations with enough capital to loan to him in a Sharia-compliant way.

But in the past decade, he has been taking out more Islamic loans, including one just a few months ago to expand his company's meat-processing ability.

"I'm very grateful that this is allowing me to grow my business," he says.

And at the big end of town, one of the country's largest banks, NAB, is today launching a specialised financing product for Islamic business customers, which the company believes is an Australian first for banking.

"We've recognised that the Islamic finance industry has grown at a rate of about 15 per cent since the 1990s," NAB's director of Islamic finance, Imran Lum, tells ABC News. 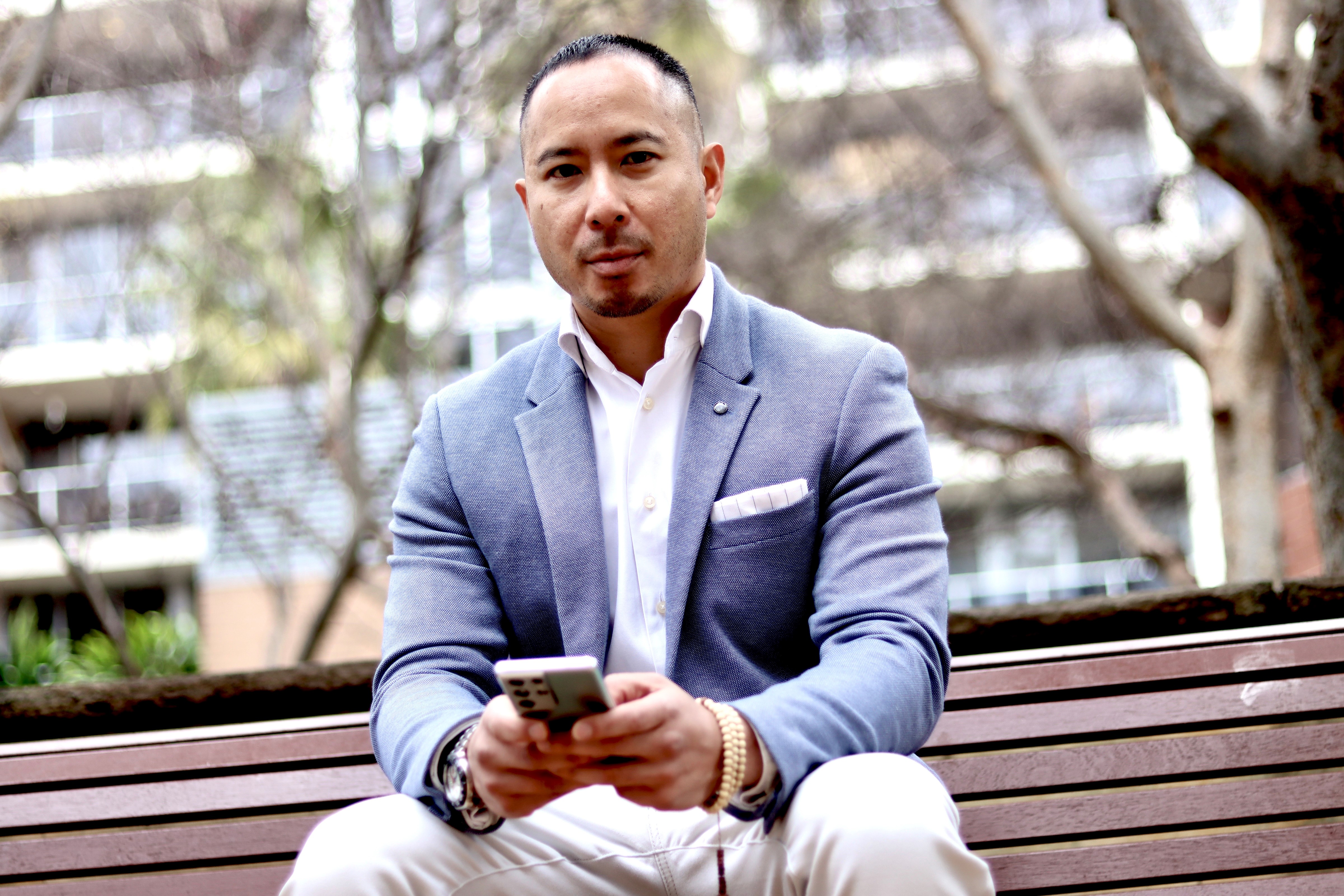 NAB's director of Islamic finance, Dr Imran Lum, believes the market has grown 15 per cent since the 1990s.(

NAB's been working in the Islamic finance space for five years.

The first deal under this service was just signed with a Sydney-based construction company, Binah.

The product uses a similar arrangement to the Islamic home loans, with a combination of rental arrangements and fees.

"There are some really interesting structural elements that we negotiated to finalise this latest offering in order to ensure that we comply with Australian federal and state tax laws and at the same time remain true to Islamic principles," Imran says.

Westpac confirmed it doesn't offer products in this space. CBA and ANZ didn't respond to queries.

Imran says NAB isn't looking to play in the consumer Islamic finance space. He believes the big opportunity for Australia is setting up mechanisms that can allow offshore companies to invest here.

"[Australia] is next door to one of the world's most populous Muslim nations, Indonesia, along with other Muslim-majority countries in the region," he says.

"So a lot of these investors, as the industry has developed, will be looking to diversify their funds and look for alternative investment location. Australia is well placed in all of that."

Is the market big enough for an Islamic bank?

None of the Islamic financing companies currently offering consumer finance products in Australia are licensed as fully fledged banks. That means that while they can offer home loans or super, they can't take deposits from customers.

Some time ago, Amanah Finance's Asad Ansari consulted for an offshore Islamic bank that was interested in setting up a branch in Australia. He says the bank ultimately decided against that.

"One of the things they were looking at was the retail consumer markets, in particular banking," he says.

"The question for them arose whether they could actually undertake the Islamic banking activities within the Australian framework. And the decision was made that that was quite a difficult prospect." 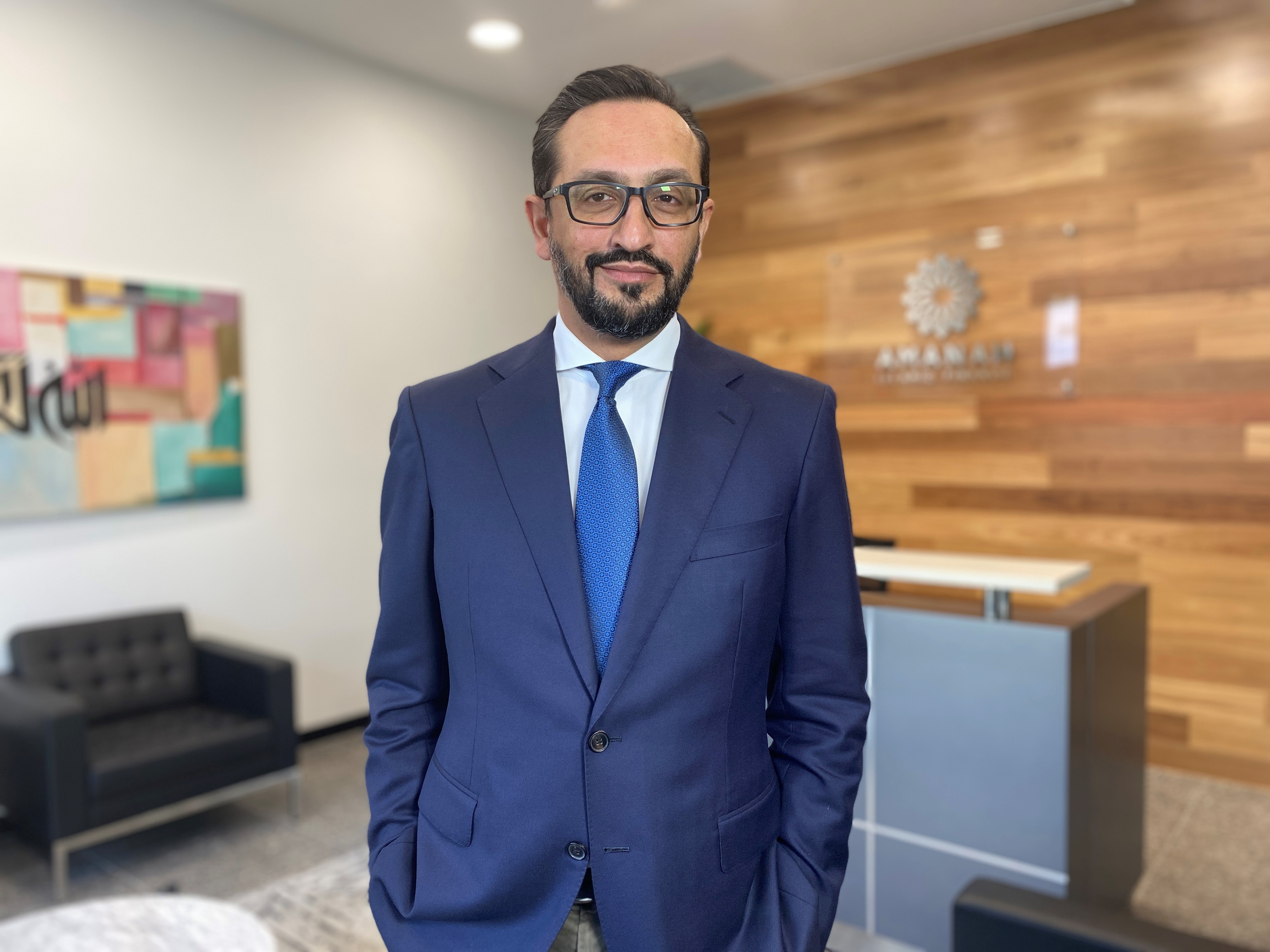 While Asad believes Muslim Australians deserve a choice, he is unsure if the current market can sustain a standalone Islamic bank.

"Banking is all about scalability," he says.

He believes the sector is still only very niche, encompassing less than 10 per cent of the overall Muslim population here.

Despite recognising it could be worth $250 billion, a recent report found Australia's Islamic finance industry was indeed still in its infancy, options for consumers were still limited and of varying quality, and regulatory barriers were present.

Two entities in talks with APRA

Now two small local entities are trying to have another crack at setting up an Islamic bank in Australia using a new form of banking licence set up by the financial regulator, APRA.

A R-ADI is a transitional banking licence that APRA introduced a few years ago to allow smaller operators to enter the market.

Only four R-ADIs have been granted, and one licence has already been handed back after the institution, Xinja, failed and had return all of its customers' money.

Sydney-based startup IBA Group, which is led by Muslim scholars, told ABC News they started the process with APRA to get a R-ADI a few years ago.

"People could pay their bills with us, withdraw at ATMs, have savings with us on a profit-share basis, not interest based."

He says they hope to have their licence by end of 2021 but nothing is certain.

Mr Gillespie, who is of Christian faith, says IBA Group will be open to anybody who wants to participate in its style of lending. 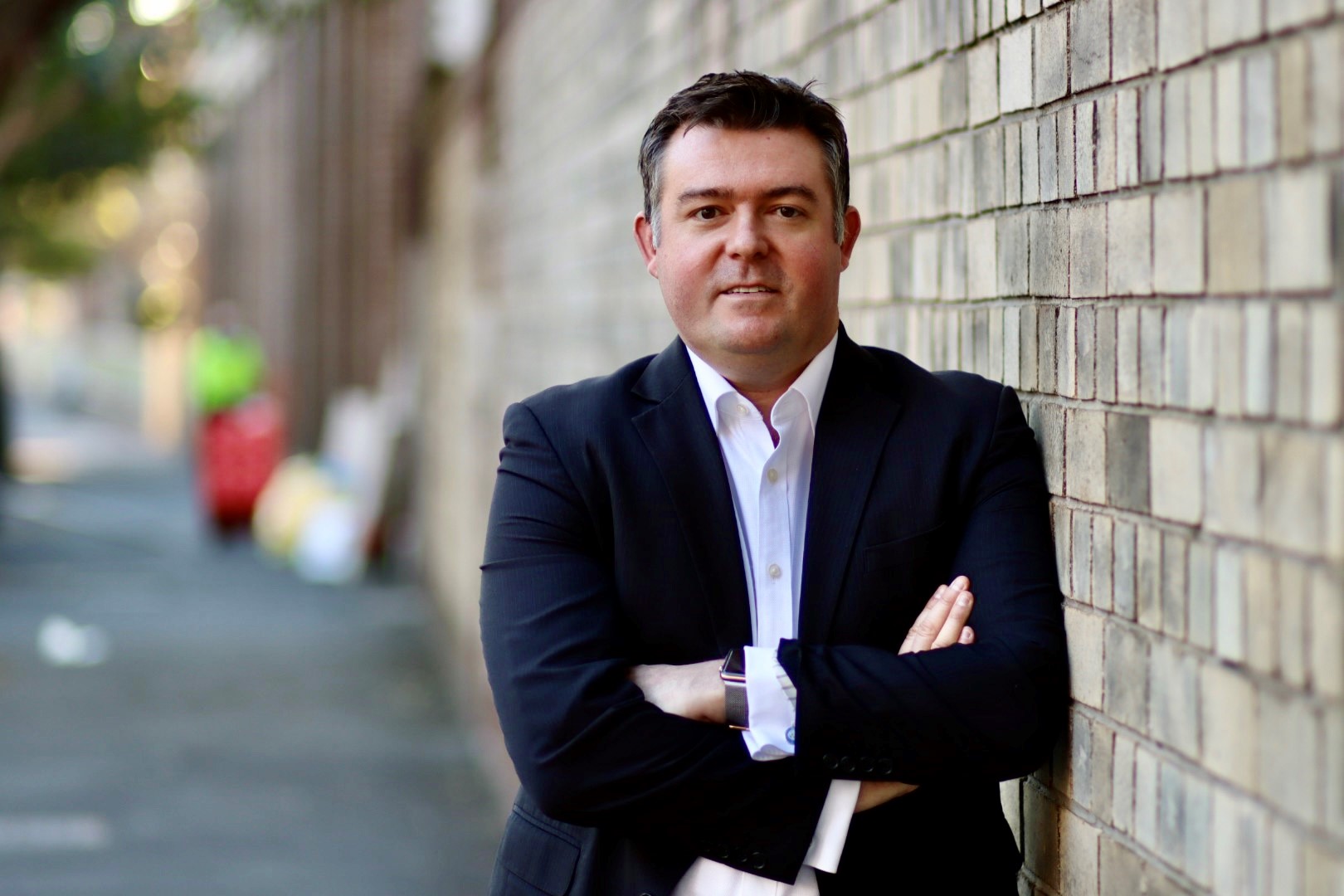 IBA Group chief executive Dean Gillespie is of Christian faith and believes this mode of banking should be open to everybody.(

"It will obviously be open to Muslim Australians, but [also] for non-Muslims all over Australia," he says.

"One of the great things about Australia is we live in a nation where so many different people from different cultures or different religious backgrounds, or even no religion at all, can get on."

Another financing company, Hejaz Financial Services, which is already in the home loan and superannuation space, says it has also just started the process of applying for a R-ADI.

"We've only got literally 1 per cent of the market covered. There's still 99 per cent to go. So it's a large, large-sized market." 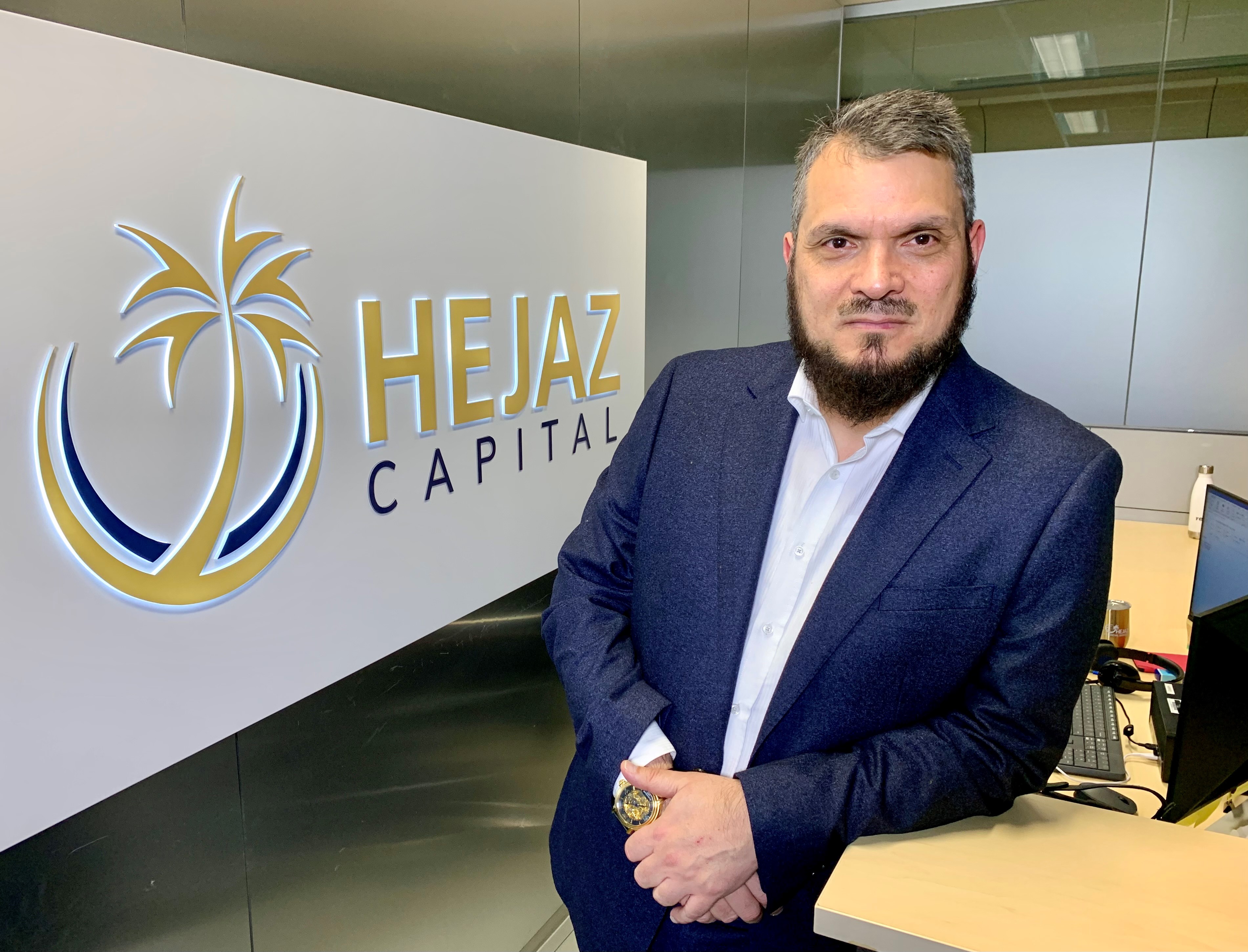 "It's unfortunate that such a developed country as Australia hasn't got a facility to accommodate for people with different types of beliefs.

On the question of signing up to an Islamic bank with deposit account capabilities, Melbourne couple Melike and Ibrahim had mixed views.

Ibrahim says he'd "one hundred per cent" switch his savings to one if they were licensed.

However for Melike, leaving the bank she has had allegiance with since childhood may be a tough ask.

"I've been with Commonwealth Bank since my Dollarmites days, so I'm pretty happy with them," she laughs. 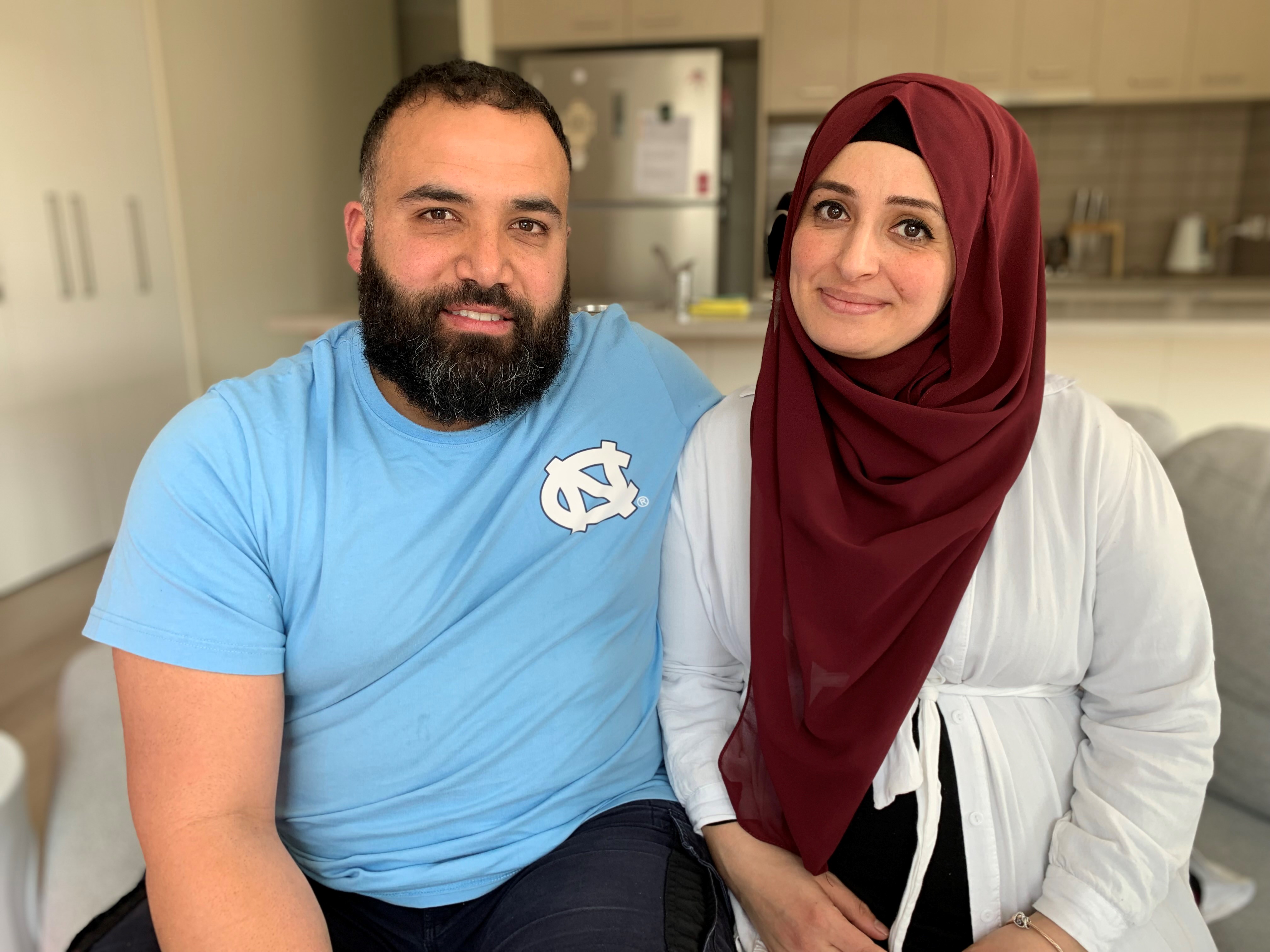