So many younger investors, even those who are in their mid 30s, are too young to remember the dot-com era. They have been investing in a world where growth stocks, large and small, were rewarded.

I think there is a great divide in our world. I am not talking about the political divide, since that is oh so obvious. I don't even mean the divide between growth and value investors, although that has grown so wide you can drive a truck through it.

No, I'm talking about the divide between investors who lived through the end of the dot-com era and those who have not. Call it the divide between young investors and, ahem, more seasoned ones. So many younger investors, even those who are in their mid 30s, are too young to remember the dot-com era. They have been investing in a world where growth stocks, large and small, were rewarded. All you had to do was buy the dip.

That hasn't been the case for many months though, has it? And iShares Expanded Tech-Software ( (IGV) ), an ETF to be long software stocks, is the best example. It has been heading down since November. I know it seems like IGV is down a gazillion percent, and many of the individual stocks are, but IGV is only down just shy of 20%.

The question is if sentiment is bearish enough on these names yet? I think more seasoned investors have definitely shied away, they are not interested in these names while the youngsters believe this is just another buying opportunity. Yet the youngsters keep getting their fingers cut from catching that falling knife.

Nasdaq itself, where so many of these names reside, hasn't made a higher high since November either. But it hasn't collapsed the way IGV has. It still hovers at that uptrend line I drew in a few days ago.

The flip side is a chart like the Energy Select Sector SPDR ( (XLE) ) which is now bumping up against some resistance in the low $60s. The chart hasn't done anything wrong but it has had quite a run and now, thanks to Barron's putting commodities on the cover, it is probably due a pullback.

Back in 1999-2000 we referred to value stocks as old economy and growth stocks as new economy. I remember the head of Unilever Asia ( (UN) :NYSE) asking me right at that blue arrow what was wrong with investors? Didn't they know his stock was down 50% from the high and a great value? This is a good lesson because while that was the low in the stock, it spent the next eight or nine months going sideways, building a base, before folks felt comfortable taking it higher.

Growth stock holders are currently experiencing what value stockholders have experienced for years. And I believe that is why overall sentiment on the market is not terribly bearish. Oh sure, my weekend Twitter Poll had only 45% looking for the SP 500 to rally 100 points, but the rest of the sentiment indicators do not show serious fear.

With that in mind I decided to do a 'what if' for the Nasdaq Momentum Indicator. What I did was walk Nasdaq down 100 points a day for the next week or so, trying to determine when, using this indicator (instead of my own Oscillator which uses breadth) would be oversold. It turns out that by Friday this indicator no longer wants to go down and instead it turns up rather handily. That's the definition of oversold. 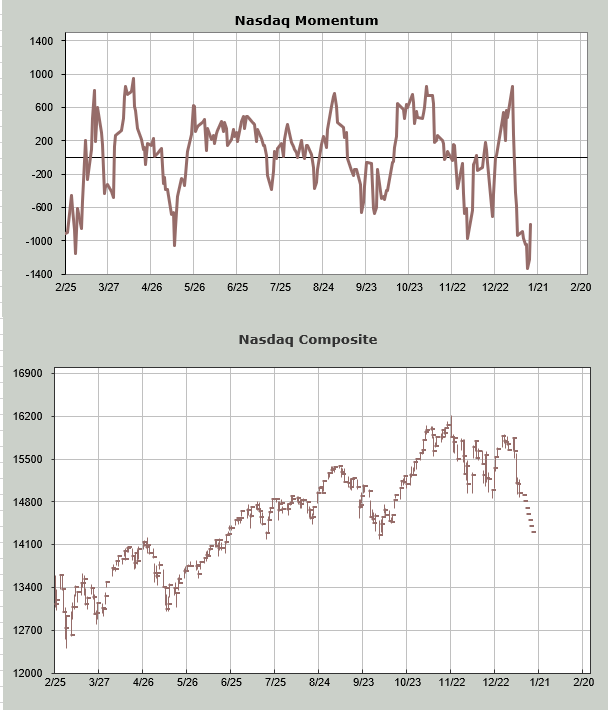 I would remind you that the exact day or the exact price is not what matters. What matters is that we're heading into the zone so we should be on the alert. I would love it if Nasdaq would break that uptrend line since maybe that would cause some panic. I would love it if there were fewer stocks making new lows as well on such a whoosh, as there were on Friday, versus Thursday.

If growth stocks are going to be good enough to buy for more than a trade again, I suspect they will have to look like that Unilever chart from 1999-2000 before they can go anywhere special. But a rally? Sure.

Get an email alert each time I write an article for Real Money. Click the "+Follow" next to my byline to this article. 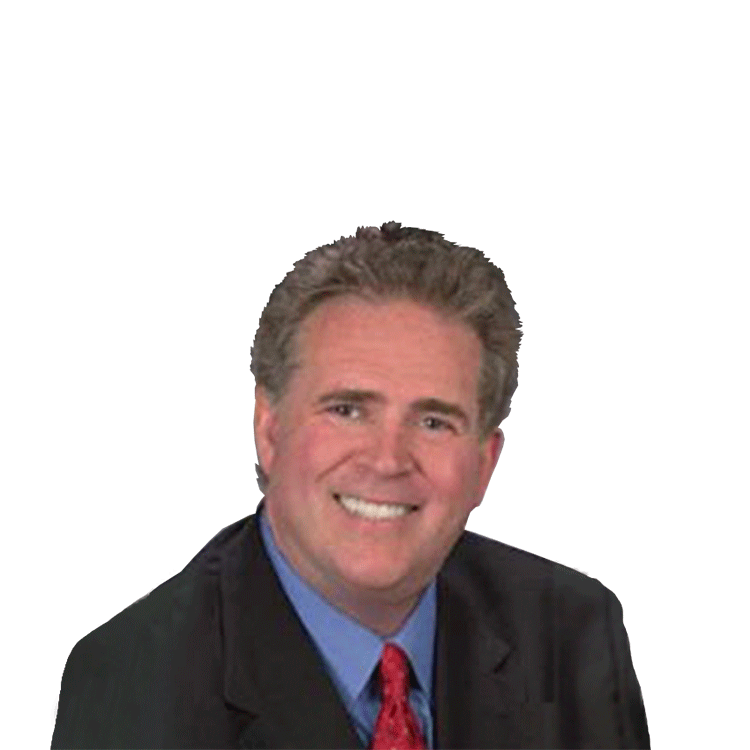 New Year Starts With a Hangover

Many investors endured a miserable first week of 2022, as jobs numbers landed and the Fed surprised with hawkish views. But I see some potential good news ahead.

Real Money's message boards are strictly for the open exchange of investment ideas among registered users. Any discussions or subjects off that topic or that do not promote this goal will be removed at the discretion of the site's moderators. Abusive, insensitive or threatening comments will not be tolerated and will be deleted. Thank you for your cooperation. If you have questions, please contact us here.

Thank you, your email to has been sent successfully.

We're sorry. There was a problem trying to send your email to . Please contact customer support to let us know.

Please Join or Log In to Email Our Authors.