Libor, Long the Most Important Number in Finance, Dies at 52 - The New York Times

Bankers used it until the end. Regulators say good riddance after its infamous fall. 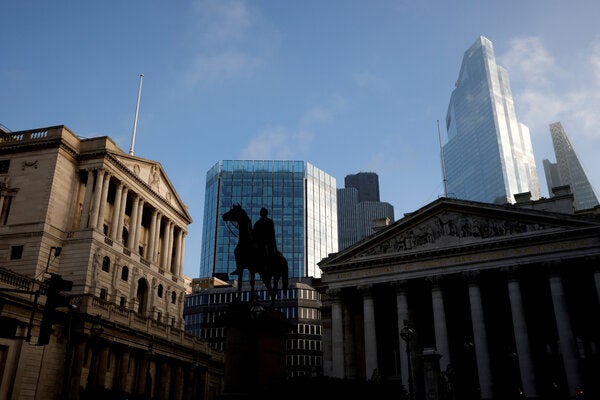 The Bank of England in London’s financial district. The London interbank offered rate, or Libor, was a central force in international finance. Credit... John Sibley/Reuters

The London interbank offered rate, a number that spent decades as a central force of international finance and was used in setting interest rates on everything from mortgages to student loans, has died after a long battle with regulators. It was 52.

Known as Libor, the interest-rate benchmark once underpinned more than $300 trillion in financial contracts but was undone after a yearslong market-rigging scandal came to light in 2008. It turned out that bankers had been coordinating with one another to manipulate the rate, pronounced “LIE-bore,” by skewing the number higher or lower for their banks’ gain.

Libor could no longer be used to calculate new deals as of Dec. 31 — more than six years after a former UBS trader was jailed for his efforts to manipulate it and others were fired, charged or acquitted. Global banks including Barclays, UBS and Royal Bank of Scotland ultimately paid more than $9 billion in fines for fixing the rate for their own profit.

Randal Quarles, then the Federal Reserve’s vice chair for supervision, offered a scathing early eulogy in October, saying Libor “was not what it purported to be.”

“It claimed to be a measure of the cost of bank funding in the London money markets, but over time it became more of an arbitrary and sometimes self-interested announcement of what banks simply wished to charge,” Mr. Quarles said. 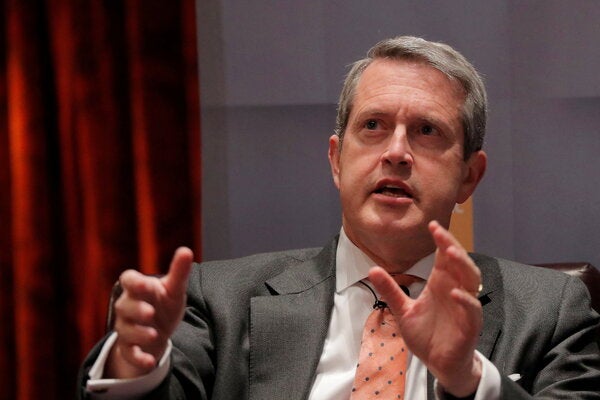 Randal Quarles, then the Federal Reserve’s vice chair for supervision, said in October that Libor “was not what it purported to be.” Credit... Brendan Mcdermid/Reuters

While regulators and central bankers were relieved by its departure, Libor will be mourned by many bankers who used it to determine the interest rates for all kinds of financial products, from various types of mortgages to bonds.

Daily business updates   The latest coverage of business, markets and the economy, sent by email each weekday.

“There are not many corners of the financial market that Libor hasn’t touched,” said Sonali Theisen, head of fixed-income electronic trading and market structure at Bank of America. Even so, she said, getting rid of it was “a necessary surgical extraction of a vital organ.”

Libor was born in 1969 to Minos Zombanakis, a Greek banker. The shah of Iran, Mohammed Reza Pahlavi, wanted an $80 million loan, and Mr. Zombanakis was willing to provide it. But the question of the interest rate to charge a sovereign ruler was a tricky one. So he looked to the rate that other well-heeled borrowers — London’s banks — would pay to borrow from one another. 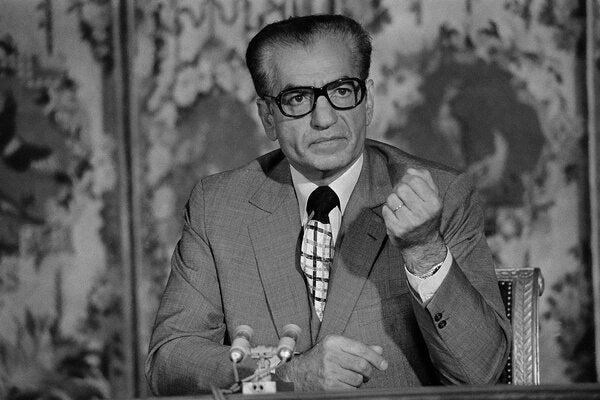 In its early years, Libor was a growing but still adolescent rate, employed for a steadily increasing number of contracts. In 1986, at age 17, it hit the big time: Libor was taken in by the British Bankers Association, a trade group described later by The New York Times as a “club of gentlemen bankers.”

They effectively made it the basis for virtually all the business they conducted. Libor was the interest rate that banks themselves had to pay, so it offered a convenient base line for the rates they charged customers who wanted to borrow cash to buy a home or issue a security to finance a business expansion.

Libor became a number punched into almost any calculation involving financial products, from the humble to the exotic. The British banks used it to set rates for loans across the industry, whether denominated in dollars, British pounds, euros or Japanese yen. Never before had there been such a benchmark, and Libor’s daily movements were the very heartbeat of international finance.

By 2008, regulators in the United States and Britain began receiving information that banks’ rate reports were amiss. Because Libor relied on self-reported estimates, it was possible for a bank to submit a rate that was artificially high or low, thus making certain financial holdings more profitable.

Soon, news media reports cast doubt on Libor’s integrity, and investigators ultimately uncovered blatant misconduct in the rate-setting process. In one email released by regulators in 2012 as part of an investigation into Barclays, a trader thanked a banker at another firm for setting a lower rate by saying: “Dude, I owe you big time! Come over one day after work and I’m opening a bottle of Bollinger” — a reference to the Champagne producer.

The scandal grabbed international headlines, from the Financial Times to The Wall Street Journal to The New York Times. Before long, Libor was the butt of jokes on “The Daily Show.”

Global regulators called for Libor’s end, saying it was potentially inaccurate and vulnerable to manipulation. Andrew Bailey, then the chief executive of a major British banking regulator, the Financial Conduct Authority, sounded the death knell in 2017 when he said it was time to “begin in earnest on planning the transition to alternative reference rates.” 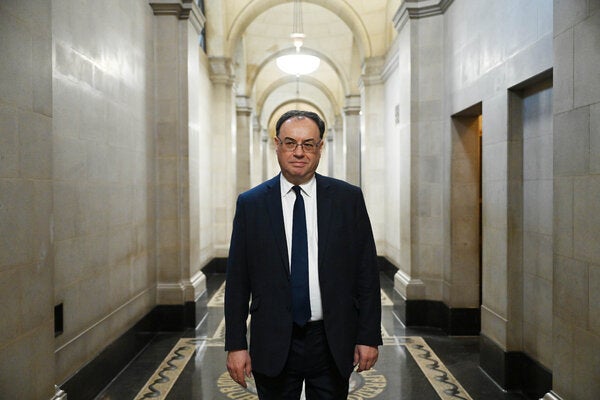 Andrew Bailey, then the chief executive of a major British banking regulator, the Financial Conduct Authority, sounded the death knell for Libor in 2017. Credit... Neil Hall/EPA, via Shutterstock

The banking industry — which for decades built trading systems around Libor — held on to it, despite the grim prognosis. Many bankers dragged their feet in making the necessary changes because Libor was so was widely used in the financial system, prompting exasperated speeches from the officials charged with taking the rate fully out of commission.

“The deniers and the laggards are engaging in magical thinking,” Mr. Quarles said in June. “Libor is over.”

Not exactly, though. Libor was still viable until the end of the year, and some bankers continued to use it to make leveraged loan deals into its final hours. Those and other existing contracts mean Libor will exist in something of a zombie state until they, too, come to an end.

Mr. Quarles, perhaps reluctant to speak ill of the dead, said on Tuesday that Libor’s problems hadn’t necessarily been insurmountable. “You whack the people that did the manipulation and say, ‘Don’t do that again,’ and then you move on,” he said. “You don’t need to rebuild the interstate highway if people are speeding.”

Even so, he said, Libor’s time had passed, “and fortunately the market has moved on.”

Libor is survived by several successors, each making a claim to its crown.

The Secured Overnight Financing Rate, or SOFR — a rate produced by the Federal Reserve Bank of New York that is based on transaction data, not estimates — has already been embraced by many banks in the United States and has the endorsement of the Fed. Others, like the American Interbank Offered Rate, or Ameribor, and the Bloomberg Short-Term Bank Yield Index, or BSBY, have their adherents. In Britain, the Sterling Overnight Index Average, or SONIA, seeks to inherit Libor’s place as the do-it-all benchmark.

J. Christopher Giancarlo, a board member of the American Financial Exchange, which calculates Ameribor, said Libor was once a “giant.” It was, he said in an interview, the foundation of a system that gave every player in the financial hierarchy a way to take a cut.

“The problem with Mr. Libor is, for a time, he had it all,” said Mr. Giancarlo, a former chairman of the U.S. Commodity Futures Trading Commission. Libor was once “on top of the world,” he said, but became a “disreputable, tottering old geezer at the end.”