IPO Financing: Does Ashneer Grover have a case against Kotak? Here’s what experts say - Moneycontrol.com 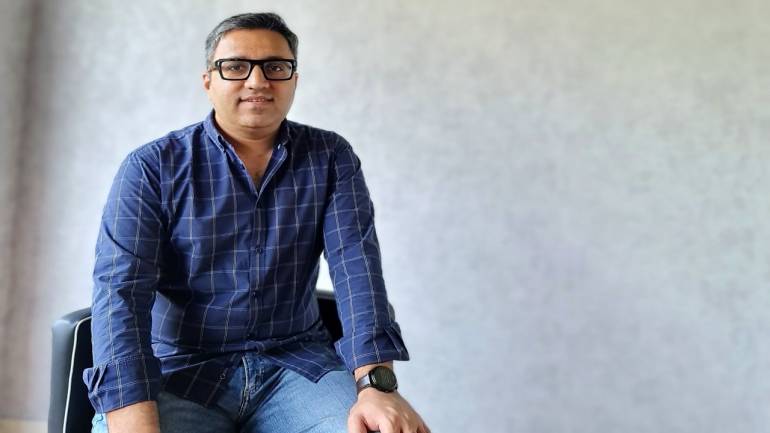 Banks are well within their rights to deny financing to individuals or institutions even at advanced stages, according to finance experts. However, in the case of Ashneer Grover, the founder and managing director of fintech company BharatPe, there could be more to it than meets the eye.

For the uninitiated, it all started last week after an audio clip was leaked that had Grover allegedly abusing and threatening a Kotak Group employee for missing out on share allotment during the initial public offering (IPO) of FSN E-Commerce Ventures, which operates online fashion and wellness company Nykaa.

Grover was quick to claim that the clip was “fake”, adding that it was a “scamster” who put it out. However, he subsequently deleted the post.

It was only then that Moneycontrol reported that Grover had in fact sent a legal notice to Kotak for failure to provide IPO financing for the Nykaa IPO. The notice sought damages for the gains Grover and his wife would have made after subscribing to shares worth Rs 500 crore in the company, besides Rs 1 lakh towards the cost of the legal notice.

“IPO financing is considered as one of the highest-risk activities. A bank or financial institution has to consider various aspects before lending. That includes headroom to invest in capital market activities, their own sectoral limits and the client exposure. There is no god -given right to borrow, nor is there a duty to lend. When there is oversubscription, the HNIs (high net-worth individuals) may get, say, only one out of 100 shares. Post-listing, if the price collapses, which it can, then the position goes into a massive loss for the person. Therefore, it raises the question of whether such a person will be able to repay the money along with interest,” said Sandeep Parekh, managing partner, Finsec Law Advisors.

Last year, while Nykaa along with Policybazaar and Zomato had bumper public listings, one of the leading mobile payments firms Paytm had a rough landing on the bourses. The company’s stock crashed 27.25%, the biggest ever fall in a decade for any scrip on listing day.

“This is only an opportunity loss for the Grovers and not that they actually lost out on their money. Lenders take a call based on the expected degree of oversubscription of the IPO and also the expected listing price so that the client can make enough money to repay the loan and interest and still make a margin for themselves,” said a seasoned investment banker, requesting anonymity.

According to him, there could have been a case if the client told a wealth manager to sell some shares and they failed to execute the same. “Then it could lead to an actual loss. In this case I am not sure how much credibility an opportunity loss argument can have,” he said.

However, according to a corporate lawyer, while prima facie this looks more of an agitated move by a client, there could be a larger issue on Kotak declining to lend to Grover.

“There isn’t enough light on the commitments made by Kotak in the first place. Besides, a lot of these deals are done on the basis of relationships. The fact the bank denied financing to somebody as important a client as Grover raises deeper questions,” the lawyer said, requesting anonymity.

It is to be noted that Grover had invested more than Rs 100 crore each in the IPOs of Zomato and CarTrade through IPO financing services provided by Kotak itself last year.

As per the legal notice Grover sent to Kotak, its refusal to comply with its assurances was on the pretext of “erratic FII (foreign institutional investor) movements and very high lending rates”.

“The lender has no obligation per se and has full rights to protect its own interest. Kotak does not need to be accurate in its reasons for not lending, it can endorse full discretion,” said another lawyer Moneycontrol spoke to.

As it happens, a lot of the HNI subscription money that goes into IPOs is borrowed money. Most HNIs top it up with a small amount of their own money. All private wealth managers raise money closer to IPOs either from short-term commercial papers or through loans and bonds to fund their clients.

However, the decision to lend that money is dependent on a variety of factors—banks assess the IPO, expected oversubscription of the issue and the expected listing price to understand whether the client will be able to reap enough gains to repay the borrowed amount plus interest and earn a little margin. These decisions are made by the risk committees within banks.

Meanwhile, the issue remains inconclusive with multiple rounds of notices exchanged between Sumit Agarwal, partner and founder, Regstreet Law Advisors, who is advising Grover and his wife, and law firm Khaitan Co, the legal advisor to Kotak in this case.

According to sources, Kotak is looking at both the aspects closely—the badmouthing of one of its employees by Grover as well as his claim of losses due to refusal to finance him.