How India forex reserves climbed to more than $600 billion - Moneycontrol.com 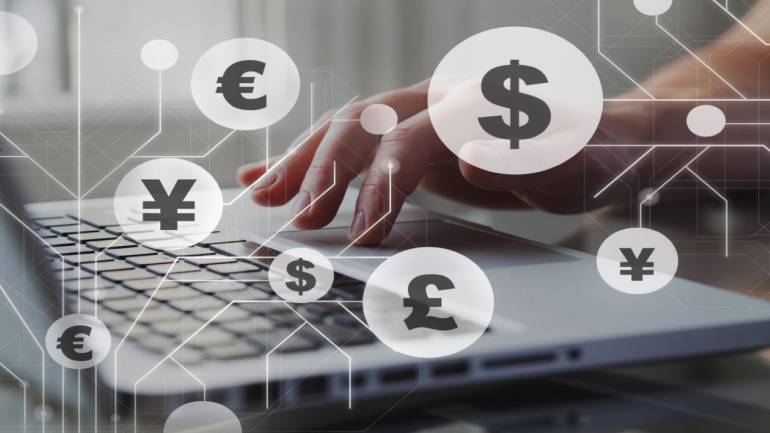 India’s foreign exchange reserves topped $600 billion a few weeks ago, making the country the fourth largest holder of the US dollar, other foreign currencies, monetary gold and special drawing rights, narrowly ahead of Russia. Only China, Japan and Switzerland currently hold more forex reserves than India. Nearly 60% of these reserves were accumulated after the financial and economic crisis of 2008-09. At that point, India’s reserves were worth about $250 billion.

The accretion to the forex reserves in 2020-21 was the highest since the crisis, triggered mostly by increased net buying of Indian equities by foreign portfolio investors. The balance of payment statement for 2020-21 published by the Reserve Bank of India (RBI) shows that portfolio investors net bought securities worth $36.14 billion. They purchased equities and debt instruments worth $313.72 billion and sold securities worth $277.58 billion during the financial year.

This avalanche of inflows necessitated active intervention in the market by the RBI in keeping with its exchange rate management policies. Had the central bank not intervened when there was a gush of dollars into the markets, the Rupee would have sharply appreciated. A stronger rupee makes Indian exports less competitive. Conversely, had the RBI not sold dollars when funds were being repatriated, the rupee would have depreciated sharply, making imports expensive.

The RBI net bought foreign exchange worth $68.32 billion during the year in the spot market – it bought $162.48 billion and sold $94.16 billion during 2020-21. It continues to intervene as the flow of dollars remains strong, both into the secondary and primary securities markets.

The gush of inflows and active intervention of the central bank led to an $87.3 billion rise in foreign exchange reserves on the balance of payments basis. The RBI has also reported an $11.9 billion increase from valuation changes. This was much higher than the $59.5 billion increase on the balance on payments basis and $5.4 billion rise due to valuation changes in 2019-20.

Yet, portfolio investment alone is not the reason for the rising pile of foreign exchange reserves.

In the normal course, trade in goods and services, remittances from non-residents to resident households, repatriated incomes on investments, foreign direct investments (FDI) and portfolio investment all contribute to the accretion of foreign exchange reserves of a nation.

In the instance of India, accretions to foreign exchange reserves are led primarily from the capital flows – FDI and portfolio investments. This is because India usually runs a current account deficit, owing to a wide merchandise trade deficit. However, the current account was in a surplus of $24 billion in 2020-21 due to a sharp contraction of the trade deficit. The current account balance is the sum of the net balance of trade in goods and services and net receipts of incomes including remittances.

Here’s a look at how components of the Balance of Payments contributed to the rise of foreign exchange holding of the country from 2009-10.

After the National Democratic Alliance won the national elections in 2014, foreign portfolio investors increased their exposure to India and net bought securities worth $40.92 billion that financial year. They were net sellers in just two years -  2015-16 and 2018-19.

Foreign direct investments: Policymakers prefer FDI over foreign portfolio investment for several reasons. Firstly, it is considered more durable – investors are willing to ride out uncertainty in the political and business environment. Secondly, FDI usually results in the transfer of knowledge and technology to host countries.

India received $468.88 billion worth of FDI between 2009-10 and 2020-21, which included reinvested earnings and other capital flows. In 2020-21, the country received net FDI worth $54.93 billion – a significant part of which was brought in by investors that bought into Reliance digital and retail businesses. However, 2019-20 was the best year for FDI inflows into the country, foreigners invested $56 billion in the country.

However, workers’ remittances are not the only form of transfers that happen between residents and non-residents. Non-resident deposit is another mode of transferring money to residents. But it accounts for a bulk of such transfers, referred to as personal transfers. The sum of personal transfers between 2009-10 and 2020-21 was an estimated $750 billion. Transfers from residents to non-residents also take place. For instance, households transfer money to their wards studying in universities overseas.

Software and other services exports: Exports of software services have been the most stable source of forex earnings for the country. India earned as much as $827.45 billion on a net basis from providing information technology and information technology-enabled services between 2009-10 and 2020-21. Net export earnings from IT and ITeS rose steadily over the years.  The Balance of Payments statement shows that net export earnings climbed to $90.80 billion in 2020-21 from $85.90 billion in the preceding year, as IT spending of companies across the world rose.

Merchandise trade: One measure of the adequacy of foreign exchange reserves was the number of months of import cover it provided. That’s one count on which India does not have to worry, even if there is a flight of portfolio investors from the stock markets. India imports exceed exports given its high dependence on imported crude oil. Gold is another top item of import. As a result, India runs a negative trade balance for merchandise. The cumulative trade deficit between 2009-10 and 2020-21 was about $1,766 billion. A narrower trade balance means a lower drawdown of the foreign exchange pile, as had happened in 2020-21 when global trade contracted. The trade balance had widened the most in 2012-13 to $195.66 billion when gold imports soared.