Whether or not investors should worry about what’s happening in the world’s second-biggest economy may be down to a few questions, Sven Henrich, founder of NorthmanTrader.com, tells MarketWatch: “Are they [China] concerned about an asset bubble and they’re letting the air out before it pops hard and does more damage? Or are they the canary that says the recovery has already peaked? Or both? One wonders. If either of these are true, then U.S. equities are at risk of spill over.”

That brings us to our call of the day from The Market Ear blog, which breaks down some potential risks ahead for markets and one possibility — big investors getting hurt by China fallout may end up less willing to take on risk elsewhere.

“The stress we are seeing in Chinese tech is now spreading to other sectors. Sure, for now this is a local problem, but it could potentially become a global problem, and this so mainly from risks in terms of PL [profit and loss]. The value loss is significant, and the pain is felt globally,” said the blog. 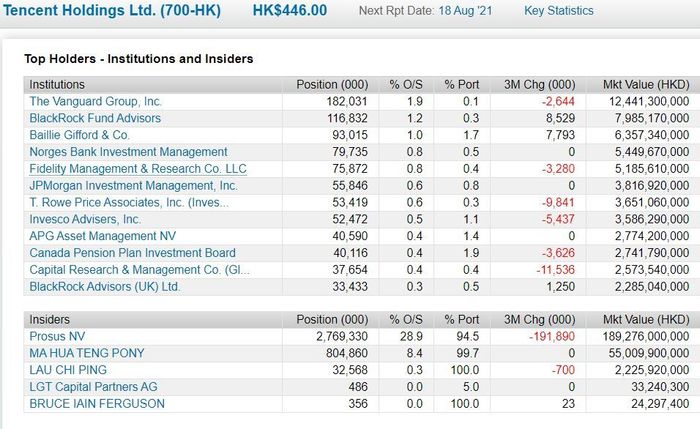 “BABA’s biggest holder is Softbank 9434, +0.54% . This is a long term investment, but we all know when you lose big sums in one ‘trade’ you are not overly happy to take on more risk in other areas. There is also the possible effect of that losses in crashing assets is ‘financed’ by selling out profits (a fallacy too many still engage in),” the Market Ear blog said. 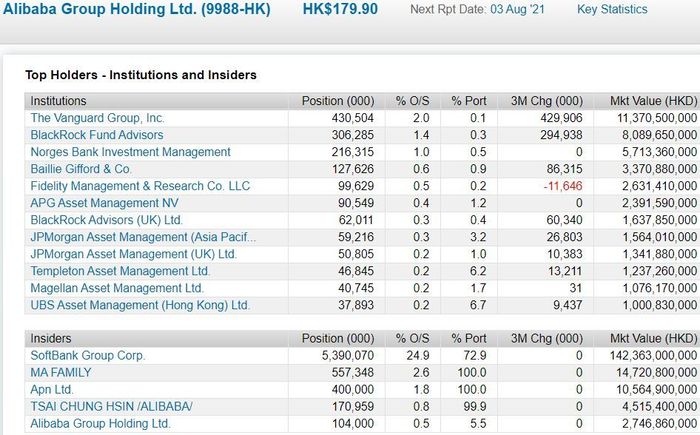 “The latest casualty from last week was the edtech sector. Top 10 holders of TAL Education TAL, -1.52% are all Western names. You get the point. Losses are not only a local problem. And we would not be surprised to see some hedge funds reporting significant losses for the month of July. With moves like these there is most of the time some blood in the water,” said the blogger.

Market Ear finishes off with a little history lesson about a boom in China stocks that began in mid 2014 and ended with a massive 2015 crash.

“During the first phase of the sell-off it was considered a local Chinese stock market bubble imploding. Some 2.5 months later, the [SP 500] decided to care and developed markets puked big as the second phase of the Chinese equity sell-off resumed,” said the blogger.

Get ready for big tech earnings

Read: Amazon reports after Thursday’s close. Here’s what to expect

Tesla TSLA, -2.17% profit topped $1 billion for the first time in the electric car maker’s history and its sales nearly doubled, busting past expectations, though Chief Executive Elon Musk noted a “serious” chip shortage is cutting into output, and has delayed its commercial truck.

Intel INTC, +0.06% shares are slipping after the chip maker unveiled a production schedule stretching to 2025.

Alongside the kickoff of the Federal Reserve’s two-day meeting, durable goods orders rose slightly in June, with a big upward revision for May. Still to come are the SP Case-Shiller home price index, the Conference Board’s consumer confidence survey and housing vacancies.

On the COVID-19 front, U.S. officials issued a ‘do not travel’ order for Spain and Portugal, citing high infection levels.

The results of Deutsche Bank’s July monthly market sentiment survey included plenty of insights into how people are feeling about COVID-19 rules. The below reveals many think airlines, nightclubs and any gathering of big crowds should ask for vaccine certificates.

Need to Know starts early and is updated until the opening bell, but sign up here to get it delivered once to your email box. The emailed version will be sent out at about 7:30 a.m. Eastern.

Want more for the day ahead? Sign up for The Barron’s Daily, a morning briefing for investors, including exclusive commentary from Barron’s and MarketWatch writers.