General Motors looks to California for its next lithium supply

The US automaker is investing in closed-loop extraction from the Salton Sea. 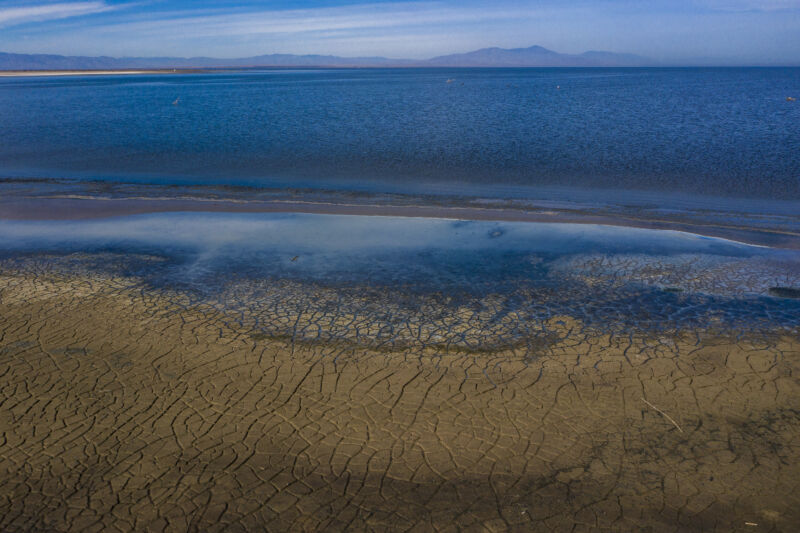 Enlarge / In an aerial view from a drone, the bottom of the Salton Sea becomes exposed as its waters recede on February 13, 2021, near Calipatria, California.

The world's automakers are going to need a jaw-dropping amount of lithium as they transition to building electric vehicles en masse. Lithium isn't exactly rare, but analysts say that the mining industry isn't really prepared for the coming level of demand as companies like Tesla seek to lock up tens of thousands of tons of lithium salts a year from places like Australia and China.

On Friday, General Motors announced that some of its lithium supply may come from much closer to home. GM will invest in and collaborate with Controlled Thermal Resources in order to exploit lithium salts from the Salton Sea in California, naming the project "Hell's Kitchen."

The company is about to unleash an array of new battery EVs built using a common battery platform. Known as Ultium batteries, the cells will be built in Ohio at a $2.3 billion joint-venture factory with LG Chem. GM has previously stated that it wants to domestically source as many of the raw materials as possible for its new EVs.

"By securing and localizing the lithium supply chain in the US, we're helping ensure our ability to make powerful, affordable, high mileage EVs while also helping to mitigate environmental impact and bring more low-cost lithium to the market as a whole," said Doug Parks, GM executive vice president in charge of Product Development, Purchasing and Supply Chain.

CTR's Hell's Kitchen project will extract lithium salts from geothermal brine in the Salton Sea. By using heat from the brine to power the processing, it hopes to produce 15,000 tons of lithium carbonate and 49.9 MW of energy in 2023.