US stocks declined on Monday as reported worries of the Delta variant remained. The Dow Jones declined by 100 points while the SP 500 fell by 10 points. Investors believe that the current Covid-19 wave in the US and other countries will affect corporate profits and derail the economy. In the US, health officials confirmed more than 60,000 new cases. This pushed more states to announce new mask mandates even among the vaccinated. Meanwhile, more companies will publish their quarterly results this week. Some of the most closely-watched are Uber, Ford Motor, and Square. On Monday, Square agreed to spend $29 billion of its stock to acquire AfterPay.

The Japanese yen strengthened during the Asian session after the country published the latest Tokyo inflation data. According to the statistics agency, the Tokyo core CPI increased from 0% in June to 0.1% in July. This increase was better than the median estimate of 0%. Meanwhile, the headline CPI declined by 0.1%. While Japan has one of the lowest unemployment rates in the world, its inflation rate has remained substantially low for years. This is partly because of its ageing population and the overall savings culture.

The Australian dollar was little changed ahead of the latest Reserve Bank of Australia (RBA) interest rate decision. With the country under strict restrictions, analysts expect that the bank will maintain a dovish tone. They expect it to leave interest rates unchained and extend its quantitative easing and yield curve control program. Earlier on, data showed that the country’s building approvals declined by 6.7% in June after falling by 7.6% in July.

The AUDUSD pair was little changed ahead of the RBA interest rate decision. The pair is trading at 0.7370, where it has been in the past few days. On the four-hour chart, the price is hovering at the 25-day moving average while oscillators like the MACD and the Relative Strength Index (RSI) are at the neutral level. Therefore, the pair will likely break out lower after the RBA decision. If this happens, the next key level to watch will be 0.7288, which was the lowest level on July 22. 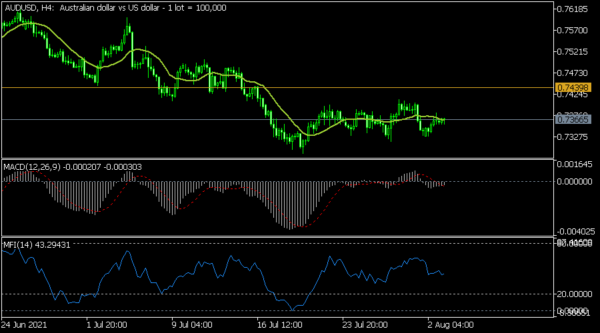 The EURUSD pair was also little changed during the Asian session today. It is trading at 1.1875, which is slightly below the intraday high of 1.1900. On the four-hour chart, it is slightly above the 25-day moving average. It is also between the middle and upper line of the Bollinger Bands. The Relative Strength Index (RSI) is slightly below the overbought level of 70 while the MACD has made a bearish divergence pattern. Therefore, with no data scheduled today, the pair will likely remain in this range. 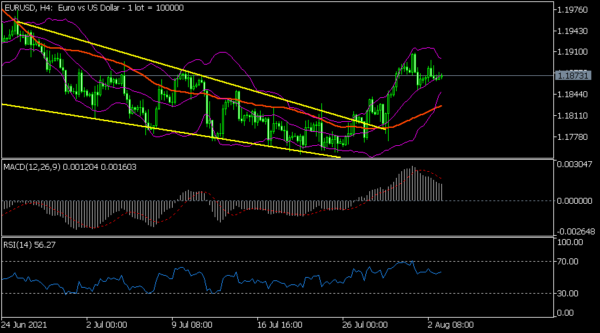 The AUDNZD pair declined to 1.0530, which was slightly above last week’s high of 1.0520. On the four-hour chart, the price is below the 25-day moving average. It has also formed a descending channel that is shown in yellow. It is slightly above the lower side of this channel while the RSI has moved close to the oversold level. Therefore, the pair is likely to maintain the bearish trend. 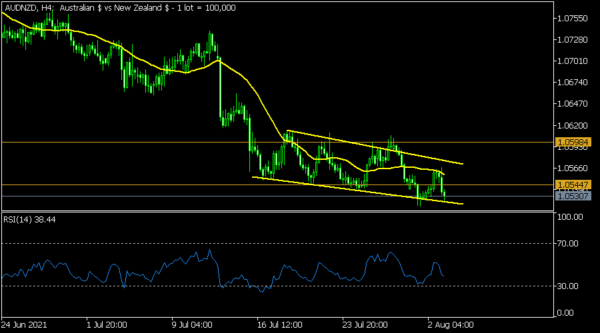