The pair will likely rebound as investors target the next key resistance level at $50,000 now that momentum has returned.

The BTC/USD staged a remarkable recovery during the weekend as demand for the coin held steady. The Bitcoin price surged to more than $45,000, which is a remarkable performance considering that it tumbled below $30,000 in July.

August has been a relatively strong month for Bitcoin and other cryptocurrencies. Its price has already risen by more than 15% from its lowest level this month as investors bet on a strong recovery. This is after the coin remained between $30,000 and $40,000 since May.

Ethereum, the second-biggest cryptocurrency, continued its strong rally, rising above $3,000 for the first time in months. This performance happened after the developers concluded the London hard fork, which was done last week. This upgrade makes Ethereum rarer by introducing the concept of burning. The upgrade was important as the platform moves towards a proof-of-stake consensus mechanism.

The next key catalyst for the BTC/USD will be the latest earnings by Coinbase scheduled for Tuesday. The company is expected to report revenue of more than $2.5 billion and earnings per share of $2.57. The second quarter was relatively a difficult quarter considering that the volume of cryptocurrencies declined sharply. The Coinbase earnings are important because it is the second-biggest exchange in the world after Binance.

The BTC/USD is also reacting to the progress on infrastructure in the US. The Senate passed a procedural vote, meaning that the bill will likely get the required votes. The bill includes sections on cryptocurrency taxation and tax collection. The senators hope that these requirements will help the government to collect more than $30 billion in ten years. Still, the impact of the bill on cryptocurrencies is not yet clear.

The BTC/USD pair declined from the weekend high of $45,340 to the current $43,463 as the spectacular rally took a breather. The price remained slightly above the important support at $41,350. It also rose above the 25-day and 50-day moving averages. The RSI has moved below the overbought level of 70 to the current 57.

Therefore, the pair will likely rebound as investors target the next key resistance level at $50,000 now that momentum has returned. A drop below the support at $40,000 will signal that there are still more sellers in the market. 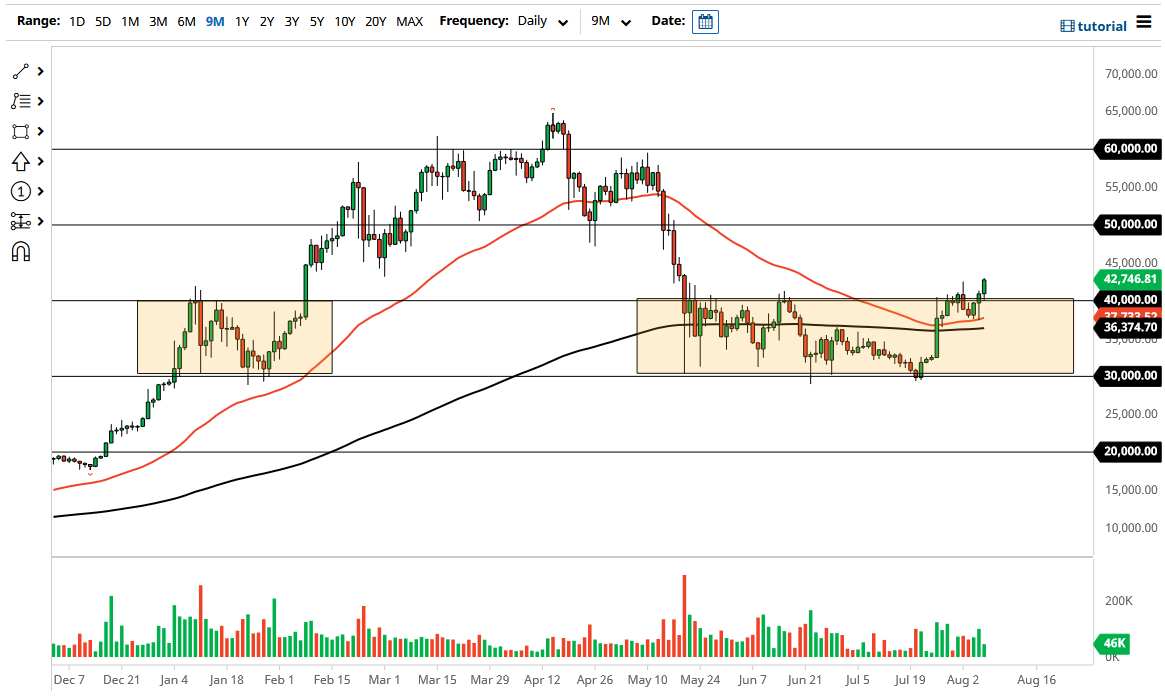