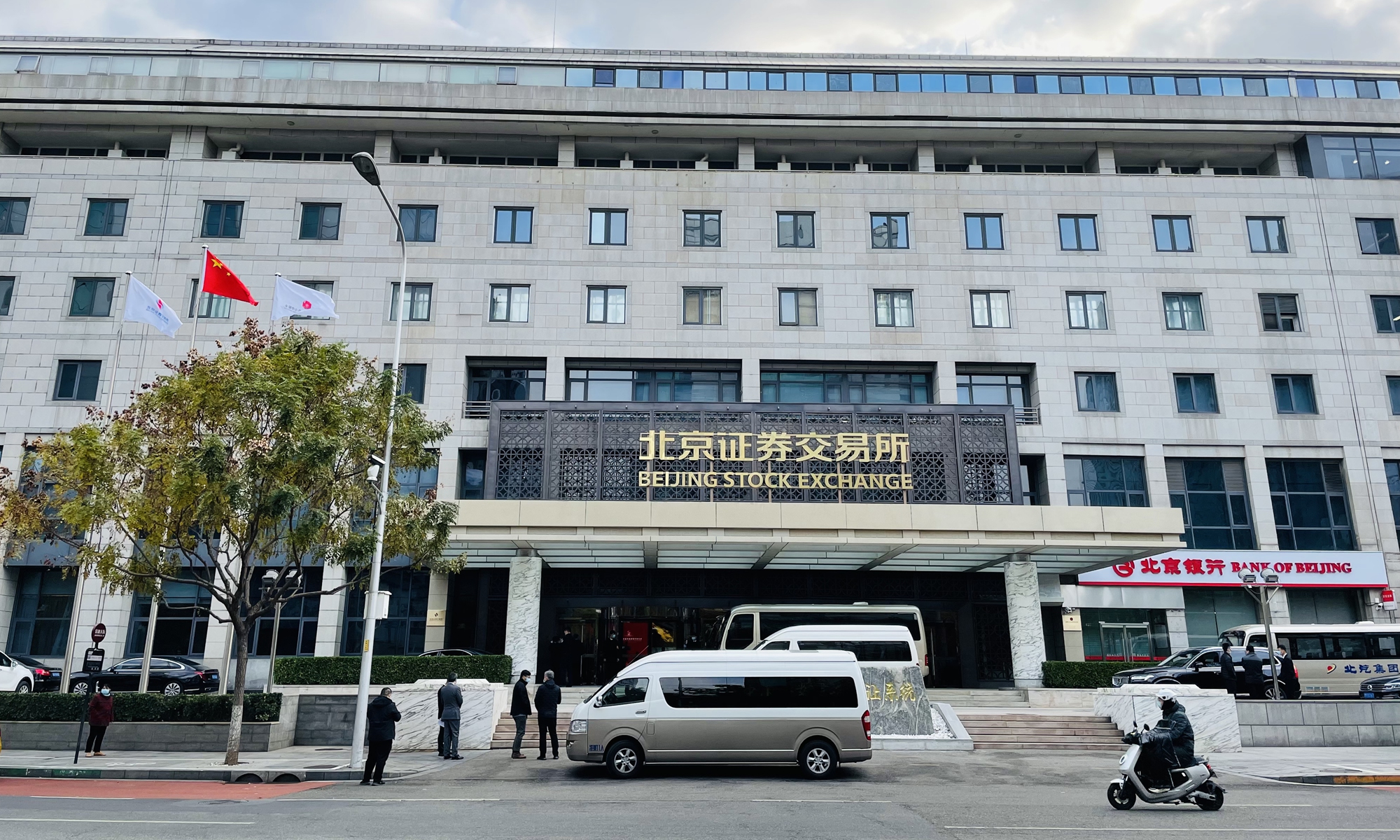 The Beijing Stock Exchange (BSE) has been running smoothly in its first month of trading, with a significant effect on improving market liquidity and boosting investment sentiment, marking a key step in China's efforts to deepen capital market reform and support small businesses, the exchange said in a statement sent to the Global Times on Tuesday.

Among the 82 shares traded on the market, 11 rallied in the first month, with an average gain of 110.84 percent. The exchange said that 71 companies shifted their listings from the selection tier of the National Equities Exchange and Quotations, an over-the-counter market known as the New Third Board (NTB), and they gained an average of 29.97 percent in the month.

During the first month, total transactions reached 47.897 billion yuan ($7.52 billion) and market liquidity improved, with the average daily trading volume 3.07 times higher than on the selection tier. The average daily turnover of stocks was 1.46 percent, up 0.74 percentage points from the previous level, the exchange said.

The daily fluctuation rate narrowed from 25.51 percent on the first trading day to 5.28 percent, as share prices stabilized, and the fluctuation of individual stock prices has reached the expected reasonable range.

Since the launch, investors have shown strong enthusiasm, and more professional institutions have entered the market, according to the exchange.

As of Tuesday, the number of qualified investors on the Beijing Stock Exchange reached 4.6 million, up 1.7 times before an announcement on September 2 to set up the BSE.

Driven by a spillover effect from the Beijing Stock Exchange, trading on the basic and innovation tiers of the NTB also improved significantly, according to the exchange.

After the opening of the Beijing Stock Exchange, the average daily turnover of the basic and innovation tiers increased 1.83 times compared with the pre-September announcement period.