The Beijing Stock Exchange opened for trading Monday, marking the debut of a venue that China hopes will channel funds into innovative smaller companies, as it tightens its grip on companies seeking listings overseas.

The new exchange in the Chinese capital complements stock markets in Shanghai and Shenzhen, mainland China’s main financial centers. It also builds on an existing over-the-counter market in Beijing called the National Equities Exchange and Quotations, or NEEQ, which is sometimes known as the New Third Board.

The exchange went live months after it was unveiled by Chinese President Xi Jinping in September. U.S. and Chinese authorities have both been applying greater scrutiny to Chinese companies seeking to list on American stock exchanges, or whose shares already trade in U.S. markets.

Shares in 10 companies began trading Monday for the first time on the new board, while 71 other stocks were moved over from the over-the-counter market. The exchange had a total market value of about 289 billion yuan, the equivalent of $45 billion, as of Monday’s close, Wind data showed.

All of the 10 newly listed stocks jumped, triggering temporary trading halts. The biggest gainer was Henan Tongxin Transmission Co., an auto-parts maker based in the central province of Henan that rose to six times its initial public offering price. By the close of trading, the 20-year-old business had a market capitalization equivalent to $373 million.

The news of the week in context. 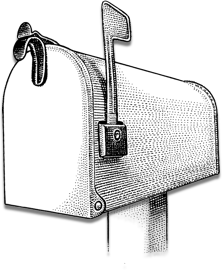 Shares in most of the companies that migrated from the New Third Board, however, declined in price.

Companies must have a minimum market capitalization of the equivalent of about $31.3 million to join the Beijing exchange, a much lower requirement than on China’s other exchanges.

Until now, individual investors in mainland China had been allowed to trade stocks in only Shanghai and Shenzhen, and to access selected Hong Kong shares via a program known as Stock Connect. The New Third Board, which launched in 2013, is open only to professional investors and has struggled with low trading volume, despite hosting more than 8,100 companies.

The Beijing exchange would mean improved financial support for smaller companies and would “facilitate innovation-driven development and economic upgrading and transformation,” Yi Huiman, chairman of the China Securities Regulatory Commission, said at an opening ceremony.

China has made several attempts at replicating Nasdaq-style boards for innovative companies. Shenzhen’s stock exchange established the ChiNext board in 2009, while Shanghai in 2019 launched the STAR Market, or the Science and Technology Innovation Board, with backing from Mr. Xi. Both boards have adopted a more market-based regime for initial public offerings than China’s main listing venues.

A pre-markets primer packed with news, trends and ideas. Plus, up-to-the-minute market data.

The newest exchange could be important for cultivating what Chinese authorities term “little giants,” or startups with high growth potential and advanced technology, said Chris Liu, a senior portfolio manager at Invesco who focuses on onshore Chinese investments.

He said the overlap with STAR and ChiNext was small, since the three exchanges target companies of different sizes and that focus on “different areas of industrial value chains.”

Individual investors need to have at least two years of experience investing in securities and recent stockholdings of at least the equivalent of about $78,000, to access the new exchange—in line with requirements to participate in the STAR Market.

Chinese companies planning to list in the U.S. are facing increased regulatory scrutiny at home and abroad. Authorities in both countries have soured on the use of what are known as variable interest entities to circumvent Chinese restrictions on foreign investments when companies go public on American stock exchanges. In addition, China has made it harder for companies with large amounts of sensitive consumer data to go public offshore, while U.S. securities regulators intend to step up their scrutiny of Chinese companies’ IPO disclosures.

—Jing Yang contributed to this article.

Corrections Amplifications Yi Huiman is the chairman of the China Securities Regulatory Commission. An earlier version of this article and the caption of the accompanying photograph incorrectly referred to him as president of the commission. (Corrected on Nov. 15)