The pair will likely resume the downward trend ahead of the US inflation numbers.

The AUD/USD pair held steady near the lowest level last week after the strong US jobs numbers and as Australia continued dealing with the new uptick of cases. It is trading at 0.0.7350, which is about a percentage point below the highest point last week.

The Australian economy is still battling a new wave of the coronavirus pandemic. The latest numbers showed that New South Wales recorded 283 new cases even as the government hinted that restrictions will be eased in September.

In a statement, NSW Premier, Gladys Berejiklian said that she hoped that restrictions about face-to-face learnings and going to work will change as the state remains on track to administer 6 million jabs by end of the month. Meanwhile, the Victorian premier said that it was still too soon to know if lockdowns will end any time soon. These lockdowns have had a negative impact on the Australian economy as evidenced by last week’s Manufacturing and Services PMI numbers

The AUD/USD pair also declined because of the relatively strong US jobs numbers. The data showed that the American economy added more than 900k jobs in July, making it the best month since August last year. This happened as companies continued struggling to find workers and after some states ended some relief programs. The tightening will likely continue although the Delta variant is a major risk to the economy.

Later this week, the catalysts for the AUD/USD will be the latest US inflation numbers and Australian business confidence and housing data. Building approvals and home sales will be published tomorrow. They will likely show a slowdown because of the lockdowns. These numbers are important because they are a sign of consumer confidence. The US inflation numbers will come out on Friday this week.

The AUD/USD pair rose slightly during the Australian session. On the two-hour chart, the pair moved slightly above the ascending trendline shown in purple. The pair remains slightly below the 25-day and 50-day EMA. Also, it has found a strong resistance at the 0.7400 level. It is slightly below the 23.6% Fibonacci retracement level. Therefore, the pair will likely resume the downward trend ahead of the US inflation numbers. If this works, the next key level to watch will be the support at 0.7290. 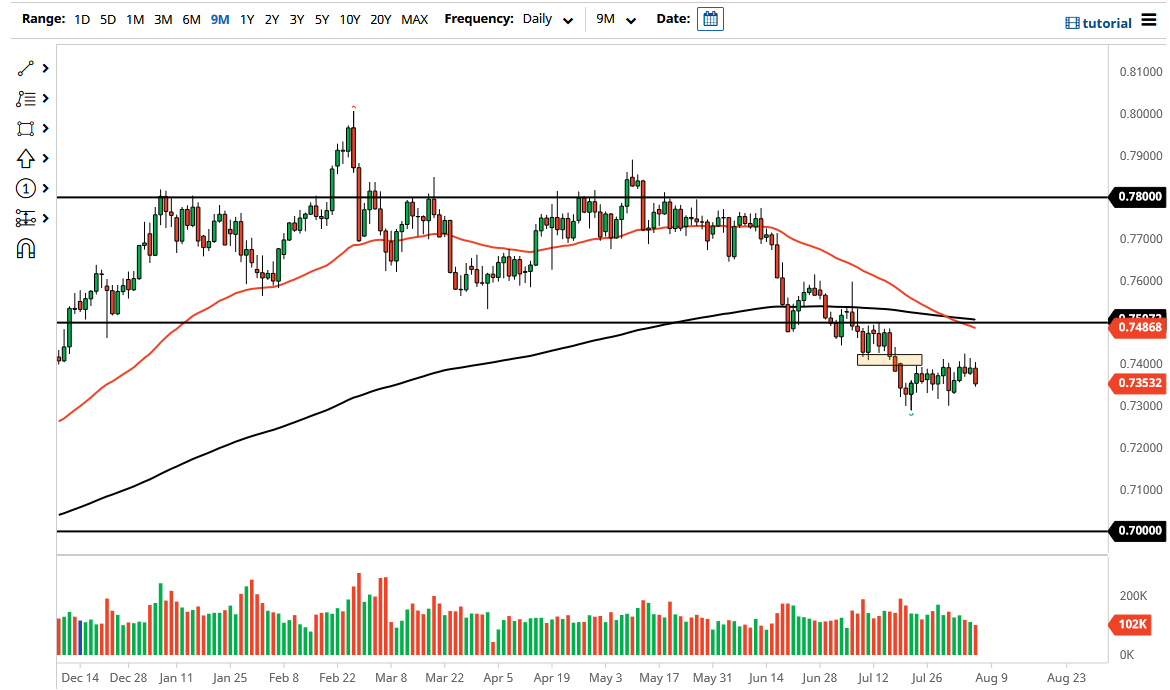