2022 is when investors will finally return to value stocks. Really - CNN

New York (CNN Business)Stop us if you've heard this before: Market strategists are predicting that 2022 will finally be the year when investors choose value stocks -— like banking, oil, consumer, industrial and healthcare companies — over Big Techs, such as Apple ( AAPL ), Amazon ( AMZN ) and Facebook owner Meta ( FB ).

It's been a common refrain among stock pickers for several years. But the so-called FAANGs, as well as Microsoft ( MSFT ), Tesla ( TSLA ) and Nvidia ( NVDA ), continue to dominate the market weighting of the SP 500. So will investors really finally quit these leaders of the Nasdaq for cheaper bargain stocks?

Some experts think momentum investments will continue to cool of next year.

With the Federal Reserve now starting to taper, or cut back on, bond purchases, long-term interest rates should rise. Short-term rate hikes are likely at some point next year too. That could eat into earnings growth for many top tech firms.

"When we look to 2022, there should be more of a debate about valuations and the direction of inflation," said Lisa Shalett, chief investment officer with Morgan Stanley Wealth Management.

"That's great for value stocks and cyclical companies but not for tech once rates start to more definitively move higher,'" she added. 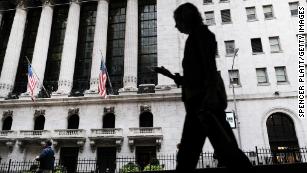 Shalett said she thinks many investors are also ignoring the risk of more federal regulations and crackdowns against the tech giants, regardless of who wins next year's crucial mid-term elections.

"What tech investors and companies need to wake up to is that reining in tech is a populist issue. It's not about Facebook versus Democrats or Republicans, for example. It's Facebook versus the government." Shalett said.

With that in mind, Shalett said she likes financials, industrial companies, real estate stocks and travel companies as economic reopening bets better than tech. Their rally may have run its course.

"Tried-and-true stocks are more tired and crowded," she said.

"Big techs like Apple and Netflix are great companies, but can you think of better circumstances for their businesses than having a pandemic when people are working from home and need better tech and holed up in their houses with nothing to do?" she said.

Still, some think investors shouldn't ignore tech altogether. After all, many of the big tech firms now trade more like value stocks than pure growth companies.

"You have to focus more on longer term value than market sentiment. Earnings drive share prices," said Guy Davis, managing director and portfolio manager with the Genuine Investors ETF. "You can only have real confidence in a company's underlying business performance."

With that in mind, Davis said his fund does own shares of Microsoft and Meta. But it also has big stakes in financial firms Charles Schwab ( SCHW ) and First American ( FAF ) as well as real estate companies like wireless infrastructure owners American Tower ( AMT ) and Crown Castle ( CCI ).

Still, veteran market observers are worried that this year's momentum market rally, especially for things like bitcoin and companies like GameStop ( GME ) and AMC ( AMC ), is a bit of a bubble.

Tilson said the overall market reminds of him of the internet stock frothiness of 1999 and early 2000. Investors need to be careful to not get caught buying at the top.

"Avoid the FOMO trades," he said about the proverbial fear of missing out. "There are extremes at which human beings' speculation will go that knows no bounds."